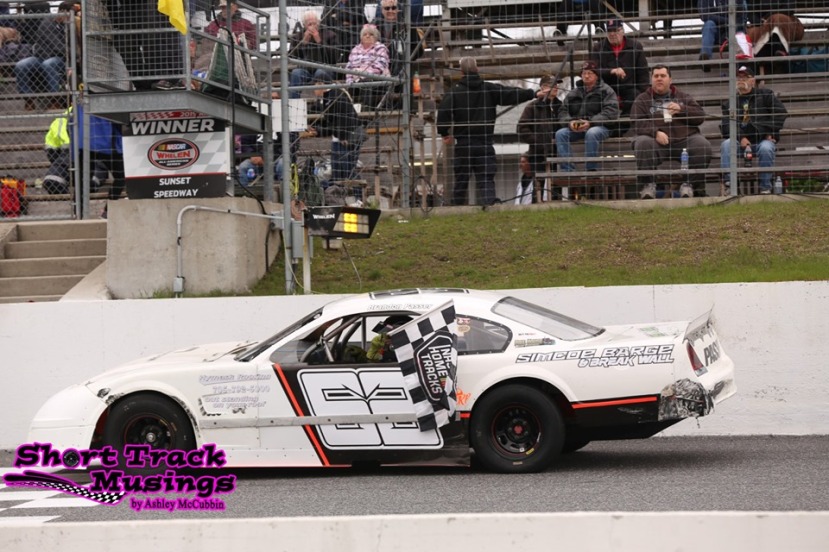 Sunset Speedway’s St. Onge Recreation Super Stock class may not be big in size, but the talent level is showcasing it’s way through as evident by the diversity of winners. On Saturday night, Brandon Passer made it five different feature winners in a row.

Since coming close in last year’s points standings, Passer has ran up front throughout this season thus far, as highlighted by three runner-up finishes in four races entering Saturday night. So ultimately, it’s no surprise to see the Passer Racing team celebrating in victory lane.