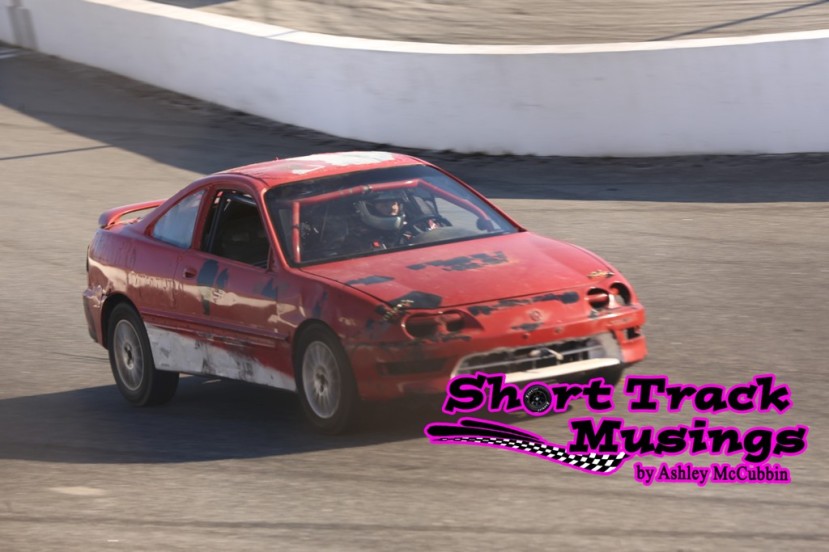 ORILLIA, Ontario — SKLD Motorsports will have a busy summer as they are proud to announce that Cheyenne Charles will be behind the wheel of the team’s fourth Signs of Innovation Bone Stock entry at Sunset Speedway.

“I’m nervous but excited to get out,” she said. “I’ve spent a lot of time at racetracks watching and learning from all those talented drivers so I think getting behind the wheel is an awesome opportunity for me.”

Entering her rookie campaign behind the wheel, she says her focus is having fun with her close friends and everybody at SKLD Motorsports, while learning as much as she can each time behind the wheel.

“Each race I’ll learn and start getting a better feel,” she added. “I just want to finish each race and keep the car in one piece and work up to placing better.”

Charles was one of the several drivers on track as part of testing at Sunset Speedway during Easter weekend, getting a feel ahead of Saturday’s season opener.

“At first I was nervous but once I got out there, I couldn’t wait to go back on the track,” she commented. “The car runs and handles awesome; it’s actually better then we expected. Rick Spencer-Walt gave me some helpful tips about the track after practice so hopefully next time out we’ll get better speeds.”

As noted, Charles will be racing alongside her SKLD Motorsports teammates Karlie Wilman, Andrew Shilling, and Austyn Jennett in the Bone Stock division. The team will also be fielding a car in the G.D. Coates Used Car Superstore Mini Stock with Shiann Wilman behind the wheel.

“I think the bone stocks are a good growing class,” Charles said. “Honestly, it started out with barely any cars, and now I’ve heard a lot of people are getting into it. It’ll be a challenge for sure; a lot of the drivers from last year were pretty good.”

For Charles, she’s been around the race track her entire life, with her father managing Barrie Speedway until it closed.

“That’s where I met and got close with all these drivers and crews,” she commented. “I always said I was going to buy a car when I was older and well here I am.”

“I’ve been watching and traveling with him and his crew since I was a little kid at Barrie Speedway,” she said. “They showed me most of what I know about racing. I’ve always looked up to Gordie and he’s always been there for me. They’re pretty much my second family.”

SKLD Motorsports has already announced they will have sponsorship from Orillia Auto Centre, All Area Towing, and The Creative Plate Eatery for 2019. Additional marketing partners will be announced moving forward.