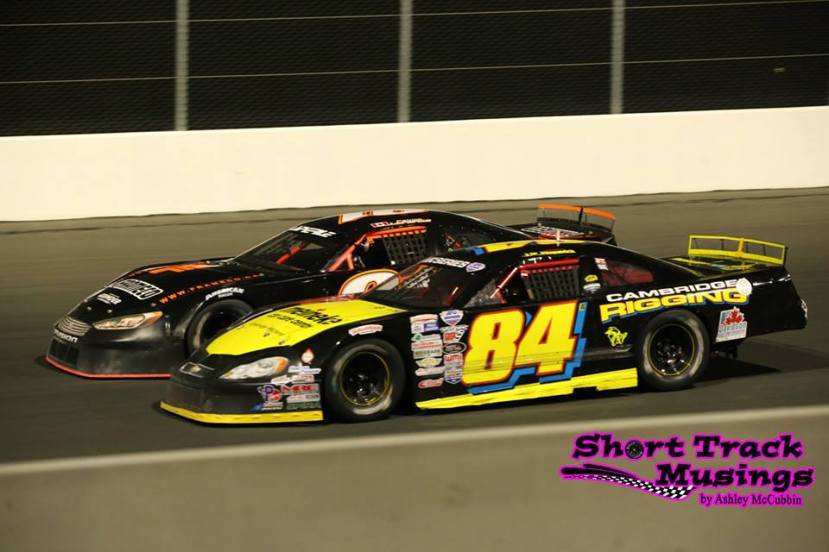 MISSISSAUGA, Ontario — Despite having a stellar season that led to the 2018 APC Auto Parts United Late Models of Ontario Tour Championship, J.R. Fitzpatrick hasn’t settled down through the winter, putting in the hard work to come out stronger in 2019.

“I mean, it’s going to be a lot tougher than I think it was last year,” he told SHORT TRACK MUSINGS at the Motorama Custom Car and Motorsports Expo. “We’ve been kind of keeping everything to ourselves in what we’re building, and doing. But we’ve built a couple new cars, and did a manufacture switch, and I’m excited for it. It’s something new, fresh, and different. I haven’t built a new car since 2015, so looking forward to it.”

While preparations are in full gear for an APC Series return, he will also be partnering with Tim Ellis to split the schedule at Sauble Speedway. 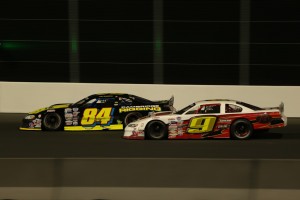 “It’s a good opportunity for me to get more seat time, especially at a track that I am not fully comfortable at yet,” Fitzpatrick commented. “To go back home to where I originally first started racing in 1995 is pretty cool.

“I think the Gresel family is doing for the speedway is a plus. A lot of good energy in bringing the Pro Late Model class there. I think it’s a good idea, just because every direction seems to be Pro Late right now. So getting as much seat time as possible, so we’ll see what we can do.”

Fitzpatrick will also be competing in Flamboro Speedway’s weekly program “whenever we feel like it,” within the other two schedules, as well.

“Originally before the Sauble deal came out, we were going to go for a full Flamboro, much like last year,” he explained. “But we kept breaking last year that we decided to park it because we didn’t want to interrupt our APC (Series) deal. So we’ve got the car sitting there. It’s literally set-up race ready to go; we’ll just go play with it.”

Ultimately, though, the date that the Ayr, Ontario native has circled on his schedule, along with plenty others, would be the second annual Canadian Short Track Nationals at Jukasa Motor Speedway. 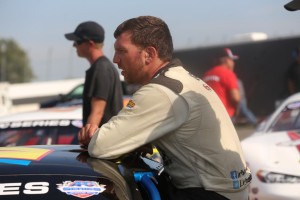 “It’s a great event,” Fitzpatrick said. “Alex and his team did an amazing job; it was a great event to be a part of. Look forward to going back. I think the boys coming from down south gave everybody an eye-opener as they’re probably a year or two ahead of all of us. I went with my oldest car – 2012 car, which had a lot of brand new updates; so basically, an older car with new technology, and we finished fifth. We were in the top-six, seven all-day, and showed great speed.

“I think now that we see what everyone brought to the table last year, we’re going to bring that this year. So I look forward to being more prepared for that race.

No matter when Fitzpatrick and company unload at the track, they know it’s going to be fight for the victory, as Fitzpatrick says the Pro Late Model fields are strong, whether for weekly track programs or the APC Series.

“The Jukasa special (Canadian Short Track Nationals) has really helped to get people involved with the late models, because they feel if they can’t budget for APC Series racing, they may be able to budget for one track and a big race,” he explained. “It helps everybody in short track racing across Ontario. Obviously APC is going to have a stout field no matter where we go, whatever happens, but Ontario racing in general doesn’t have enough room for too many touring classes. So to have it just down to a Pro Late traveling division, I think is the best thing for Ontario.”