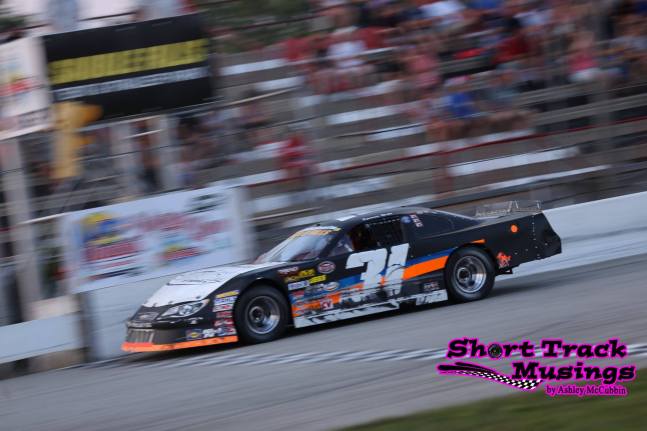 Over the past couple of years, the late models have seen continuous changes across the landscape at different tracks. The APC Auto Parts United Late Model Tour and Flamboro Speedway’s Grisdale Late Models have watched Pro Late Models experience a re-resurgence, with Sauble Speedway electing to switch from Limited to Pro in 2019.

On the other hand, the Limited Late Models still produce a welcoming package, with the competition level growing at Sunset Speedway, along with one of the most underrated rosters at Peterborough Speedway.

With the competition top-notch across the division, it’s easy to tell why everybody has their eye on where you will find drivers in 2019. Short Track Musings has been interviewing drivers since the last checkered flag of 2018, and will continue to do so as we move closer to May. In the process, drivers have revealed some plans.

The Sunset Speedway division will be set to include a top-notch rookie of the year battle just based on two announcements thus far.

After having success in the Super Stock division, Robbie Sikes will make the step up to Late Models, courtesy of an opportunity virtue of Spencer-Walt Motorsports, with Eldon Wallis and Rick Spencer-Walt putting Sikes behind the wheel of their No. 34 Late Model. It is the same car that Spencer-Walt piloted to multiple victories throughout 2018, including a pair of championships.

“To get an opportunity like this is just unreal,” Sikes commented. “I don’t think it has fully set in yet. There’s a lot of history between Rick and myself – a lot of fun had over the years. I’m excited to get back to that. I’ve also known Eldon a long time; he used to help Ed Byers who was a vital part of getting my racing career rolling. After the last two seasons I’ve had, for them to still believe in my ability as a race car driver, is a great feeling.”

On the other hand, Daniel Montanari will be making the bigger jump, stepping behind the wheel of a Late Model after winning the 2018 Signs of Innovation Mini Stock Championship. The car will be familiar to the team, as he will drive the same chassis piloted by his brother Nic Montanari in 2018.

“This year is defiantly a big jump, but having bought my brother’s car, we know the car and what works with it and what doesn’t.,” he commented. “We also know where the money has to be spent to improve it. Late Model is such a big jump and that comes with bigger budgets. I started about three weeks ago talking to current and new sponsors to get this season rolling. You have to be able to put tires on the car to run and the front. And the beginning, it will be learning how competitive the class is and competing with the level of drivers and cars. After practicing the car about a month ago I was up to speed after about 44 laps so we believe we are off to a great start. I can’t wait to race against the best in Ontario.

“It’s defiantly a big power jump from the mini stock to the late model. But from the first time I stepped on the gas in the late model, I knew it was the right choice to move up!”

The division will also see an influx of strong returning talent, with Rick Spencer-Walt announcing his intentions to come back to Sunset Speedway on Race Time Radio. He will be behind the wheel of a brand new McColl Racing Enterprises chassis.

“The competition is great,” Spencer-Walt said of Sunset Speedway. “Gord (Shepherd) and I were good buddies, we’ve been big rivals and I think we’re getting along better now than we have, so hopefully we can do some door-to-door racing there. Danny (Benedict) is a helluva driver and I can’t wait to race against him again. Just everybody over there. Sauble is a long drive for us; it was nice to go over there and win, but Sunset seems to be more of our home.

Notably, Benedict confirmed via social media that he will be back at Sunset Speedway after winning the 2018 NASCAR Whelen All-American Series Ontario Championship.

The announcement from Spencer-Walt also opened the window of questions surrounding the team’s Pro Late Model program following their APC victory at Sunset Speedway in August. Not to fear, as the No. 31w will likely be at the Pro Late Model events at Sunset Speedway, while getting “a motor and shocks ready for Jukasa” Motor Speedway for the second annual Canadian Short Track Nationals.

“Bubba (Pollard) came up and waxed everybody last time, and I don’t think any of us wanna look that bad again,” he commented. “I know there’s a lot of work going on down at McColl’s, and I know Jr (Hanley) definitely has new ideas and things to try. I think we just need to get up to standards with these guys. I mean, they’re shifting and running the best stuff around, but they’re doing it every other day down in the States and we’re doing it once a week here. So definitely need to get our program in order if we’re going to run with those guys.”

The Pro Late Model scene should have some excitement, too, as Andy Kamrath has shared his intentions to compete in 2019, sharing his team’s current off-season preparation photos via social media.