“They Said What?” OSCAAR Modified Edition

Throughout the 2018 season, I had the opportunity to speak to a bunch of different competitors. During those interviews, there were some quotes that stood out. So it seems only fitting we take a glance back through the year at what was said.

“(I am) very excited about this upcoming weekend and getting the opportunity to race my families’ open wheel modified. I watched my brother (Branden Bullen) race in this division for two years and to be able to now have the chance to do it myself, I’m extremely thankful. Although some nerves and anxiousness are there I’m overall looking forward to it!” – Melissa Bullen

“If you look at older racers like Jr Hanley and Don Biederman, those guys always went for wins and those guys are my heroes. I always look at them and say ‘yeah, they might not have won as many championships, but when they showed up at the track, everybody wanted to beat them and they won a lot of races’. If I can achieve that in my career, that’s the pinnacle for me – to be able to show up at the race track and be the guy to beat. I’m hoping this season that we’re able to head out there and prove it, and have all the hard work that my team is put in during the off-season pay off because the guys have been working really hard. I really appreciate it; I’m just the lucky guy that gets to sit behind the wheel. Hopefully I can make them proud.” – A.J. Emms 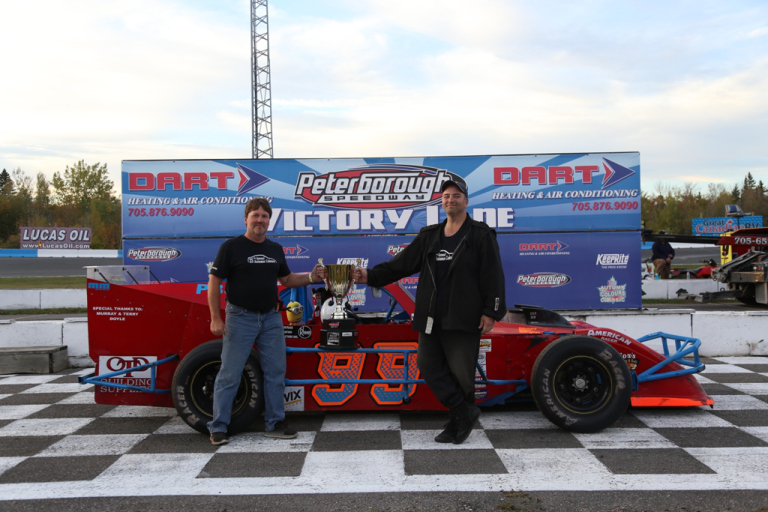 “It really was a great season. As a team, we really do get along well. We try to just race every week and let the points fall where they fall.” – Luke Gignac

“I believe the class is in a great spot right now with car counts if last year says anything. Also this coming year, I see some known drivers looking to get into this series so that speaks for itself. Modifieds are a much watch series in 2018.” – Mike Hearty

“Winning a championship is something I have wanted to do for a long time, so to finally win one doing it in an OSCAAR Modified is an amazing feeling. As a team, we put in a lot of effort and hard work each and every week to try and be the best, so to have that pay off is something I will never forget. Now that I have gotten the chance to win one championship, it has made me more eager to get back to the track in 2019 to try and do it again and defend the title.” – Cory Horner 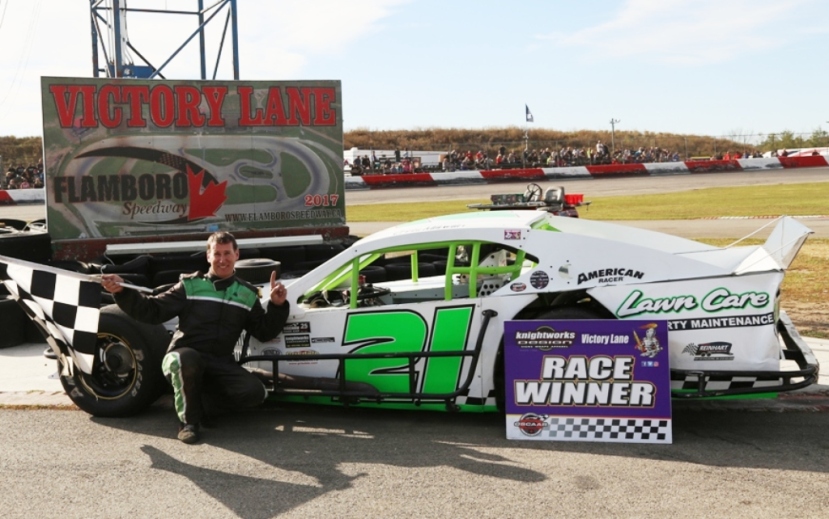 The feature victory at Flamboro. I started like ninth and A.J. started on pole, and I ended up coming from there and won it. That was good. That was one of the best nights that I’ve ever had at Flamboro, and I’ve ran the Hobby car there before I ended up in the modified. There was a good outside groove, and A.J. is good to run with. He gives you respect, right? He doesn’t want to bang wheels, he wants to race clean, so you know you can put a wheel inside him. The 99 is pretty good, too. There are a few guys that you have to watch, but those guys are pretty clean. That was probably one of my favourite wins because I didn’t just start on the pole and win it. I came from back in the crowd, and made my way in. – Chris Milwain

“The state of the division right now is stronger than ever. We were all able to put on some of the best shows in Ontario last season, and had some of the highest car counts as well. Modifieds are always a fan favourite because they’re so evenly matched; the close open wheel racing keeps fans on the edge of their seats.” – Wally Wilson

“Heading into the 2018 OSCAAR Modified season from a fan’s point of view, I think you can expect to see it become one of the premier series in Ontario with more laps and more money up for grabs. With a lot of new and old faces returning to modified racing, I feel we will continue to grow as a series and become bigger and better each and every year.” – Cory Horner

I don’t have one track that stands out in particular, but one race that I know is huge for the OSCAAR Modifieds is that race at Jukasa Motor Speedway; it’s a very big stages for us to run with the NASCAR Pinty’s series, so there’s been a lot of talk about it, and I’m sure we’ll see our biggest car count to date that week! I’m excited to get back to Sunset Speedway in both the Midget and Modified, but especially in the Modified; it’s always really great to see a series return to a track after a year away from it which we were lucky enough to get to run Fall Velocity last year! Another wonderful track we’re returning to is Kawartha, that’s also going to be a very big pair of races for us!

There’s always a lot of excitement for myself each time we get to run Sauble Speedway, and I’ll get to do that multiple times again this season, with a double header weekend in September! A track I’ll be returning to for the first time since 2015 due to rain each time we’ve been scheduled to return is Full Throttle Motor Speedway. I’ll be getting to race with the Outlaw Midgets twice there this year, which being about 30 minutes away, I would consider it my second home!

I’m excited to race Flamboro again, which is a track I’ve done well at in the past! And of course, last but never least, Peterborough Speedway, I had a great run at Autumn Colours last season, and I’m looking forward to running there again twice in the Modifieds. Oh and speaking of Peterborough Speedway, I also get to return there in a midget, my most successful track with two heat wins, that one is going to be a good race for sure! – Wally Wilson