“They Said What?” Late Model Edition

Throughout the 2018 season, I had the opportunity to speak to a bunch of different competitors. During those interviews, there were some quotes that stood out. So it seems only fitting we take a glance back through the year at what was said. 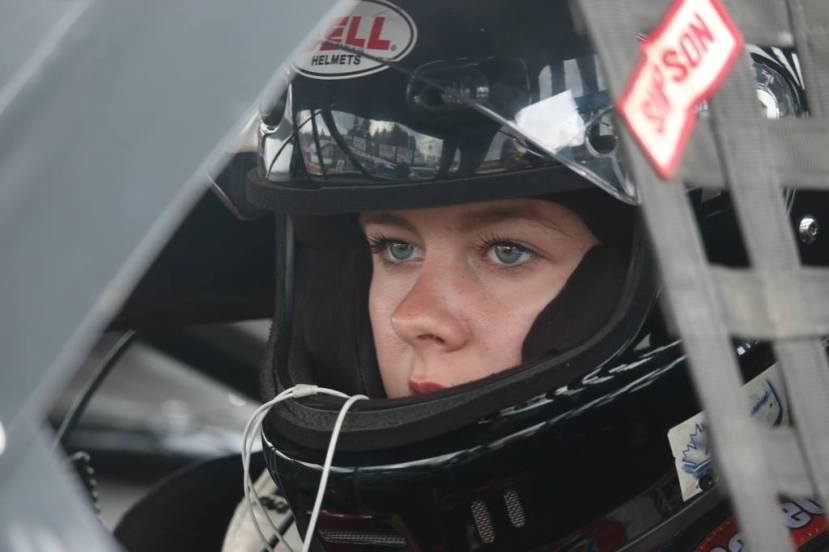 We struggled with the set up of the car EVERY week. One week we’d hit it and the car would be great. The next week, it would be good for 20 laps and go to junk and other weeks it was just bad all night. This clearly showed in my results. Because I worked a lot last year to save to travel in the US over the winter, and it’s only me and Dad in the shop, we didn’t have a lot of time to put into working on the car. We did the best with what time we had, but unfortunately the lack of time showed in the results. So, if we can find a way to make more time in the shop, that should help with performance. So, really, where we need to improve the most is by dedicating more time in the shop during the week, but again, my schedule for the summer will be a big determining factor on what we will be able to commit to. As for on the track, I feel I grew a lot as a driver over the course of the season. My comfort level in the late model is better than I’ve had in any of my previous cars, and that makes a big difference for the driver. Knowing that I had great equipment under me, the best I’ve ever had, knowing I had a competitive car, it helped me to focus on what I needed to do. – Kendra Adams

“Getting into some marquee races down the stretch, such as the Gold Rush at Flamboro or Labour Day Weekend at Jukasa will be a good judge of our capabilities. But the bulk of the work in the shop and on race day falls on myself and my brother Craig’s shoulders. So it’s a tough thing to go up against some of the teams that have more manpower than we do. If we had a few more crew members I think we might be more inclined to compete in APC races and other higher talent pool races. But as a whole, being a small operation is partially a strength as well, because we know exactly who is responsible for everything that gets done on the car, and who to blame when things don’t go as planned.” – Kevin Albers

“Dale (Shaw)’s been helping me the last couple years really understand how these cars drive and what you have to do to be competitive. The other part is just having a good car every week. It’s no secret that when I first started in late model racing I didn’t know much about the setups in the cars. Now we’ve been able to find a base setup that really works for us and we know how to adjust on it to make it better on days when we struggle.” – Danny Benedict 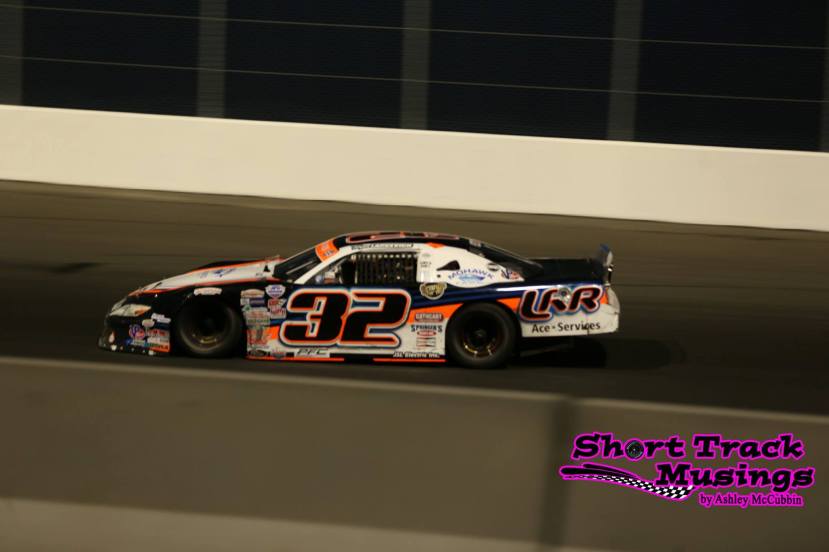 “It went pretty well for us. We were a little down at the start, but near the end, our car was good. I never broke loose at all, which meant I saved my tires. At the end, we really started to come on, but just didn’t have quite enough to get by the 21 (Matt Pritiko) and the 52 (Jake Sheridan). But I’m really happy to come out with a clean car and a fifth-place finish.” – Treyten Lapcevich 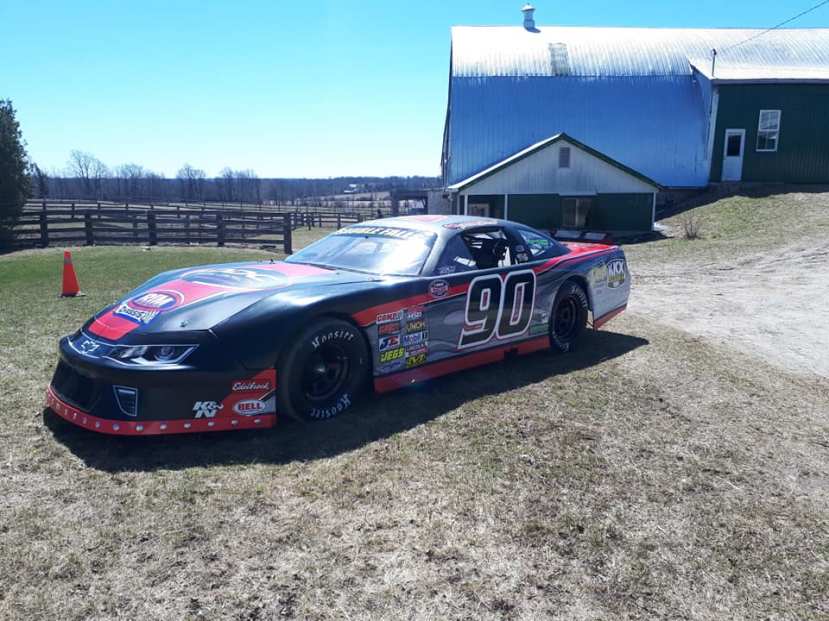 “It would mean more than you could imagine; I don’t even know what my team would do if we went out there and brought home the championship. As a kid growing up, I thought it was the coolest thing ever going to Barrie Speedway when the Late Models came out. I thought they were the best of the best, and now here I am older and racing in that class. It’d be a big deal for me, and it’d be a big deal for all of the crew members. Bringing Kevin (Reynolds) another championship – it’d be our perfect major event in getting under the JL Motorsports banner. I mean, we’ve gotten the win in thunder car, and a win in late model, but a championship is a whole new story.” – Jordan Latimer

“In the end, it’s still our family, it’s still our heart and soul, it’s still me, my wife Susan, and Connor making things right and turning wrenches,” he said. “We have a great group of guys with Jordan coming back – it works. We fight and love each other in the same sentence. It’s going to be good. The number will be a little different for people when they see me on the track, but once they understand why – it has a really meaning. I watched Roger growing up when I was a kid. Anybody that raced 20 years ago knew Roger, and Roger came in and it was a presence. They just showed up and things were right. Everything looked good, the car looked like new, they had financial backing, and they were fast so I’m happy to run that 9 and that scheme because I’m hoping to be that fast. If we’re anywhere close to that family as of back in the day, then we’re going to be in good shape.” – Paul Maltese

“This year is defiantly a big jump, but having bought my brother’s car, we know the car and what works with it and what doesn’t. We also know where the money has to be spent to improve it. Late Model is such a big jump and that comes with bigger budgets. I started about three weeks ago talking to current and new sponsors to get this season rolling. You have to be able to put tires on the car to run and the front. And the beginning, it will be learning how competitive the class is and competing with the level of drivers and cars. After practicing the car about a month ago I was up to speed after about 44 laps so we believe we are off to a great start. I can’t wait to race against the best in Ontario. It’s defiantly a big power jump from the mini stock to the late model. But from the first time I stepped on the gas in the late model, I knew it was the right choice to move up!” – Daniel Montanari

“It’s amazing. Short track racing needs a guy like him and we just need to keep supporting as much as I can. I ain’t got much choice but to come back now.” – Bubba Pollard 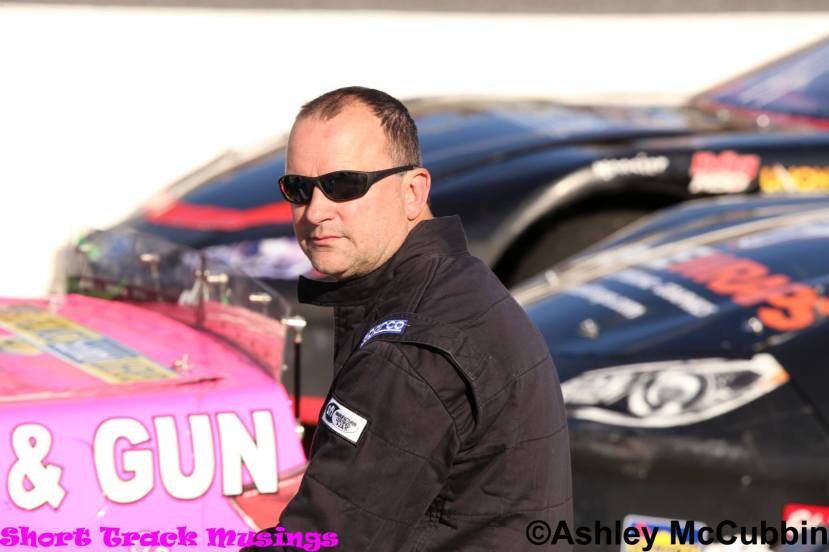 “We have a very good racecar underneath us – just need to get the whole package, and that track is very hard to learn. I thought I would just race it like any other place but both corners are totally different so you have to learn a lot. I picked Rick Walt’s brain and he helped me huge on the line, so those guys are good to help you on the line. Then Paul Geniole Jr was huge on the test night that we had on a Wednesday as he helped us huge on the line. That got us – I think, the big hurdle was a lot of my guys aren’t really drivers and know the line and what I am doing. It was nice to have Paulie there and tell me what I was doing wrong. – Ron Quesnelle

“You learn a lot of car control, and I’ve got it in my genes as my father was really good, too. When you come in with a decent car, too, it makes it easier. Ron Sheridan does a great job, so it’s just the whole package and I guess it’s a bit of naturally ability. I just got a decent car, hanging on, and snagging some decent top-fives here. It’s been a good year so far.” – Jake Sheridan 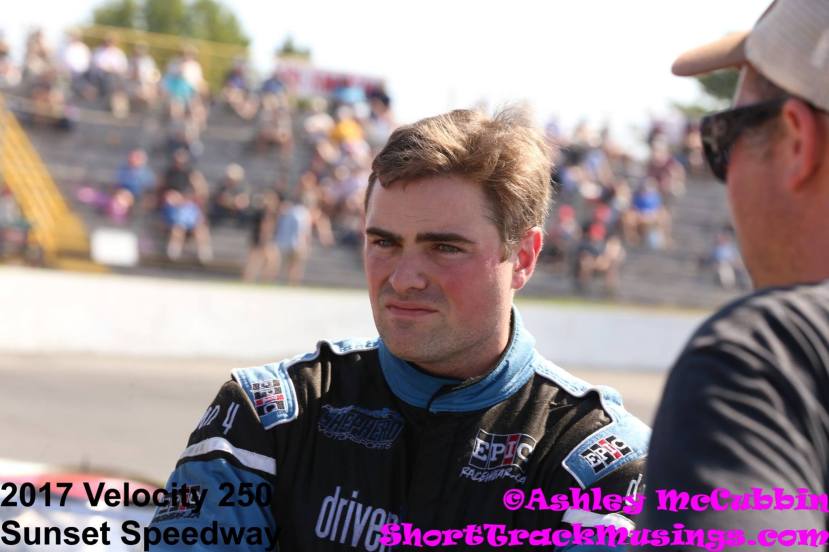 I think it’s spectacular. I think it’s the best it’s ever been since I’ve been a part of racing. What APC has been able to do with the series has been – like I said, nothing short of spectacular. They’ve done a great job. I think the car count will be even higher than it was last year. Late Model racing is a lot of fun. I think people love late model racing, and it will continue to grow and get better and better. – Pete Shepherd 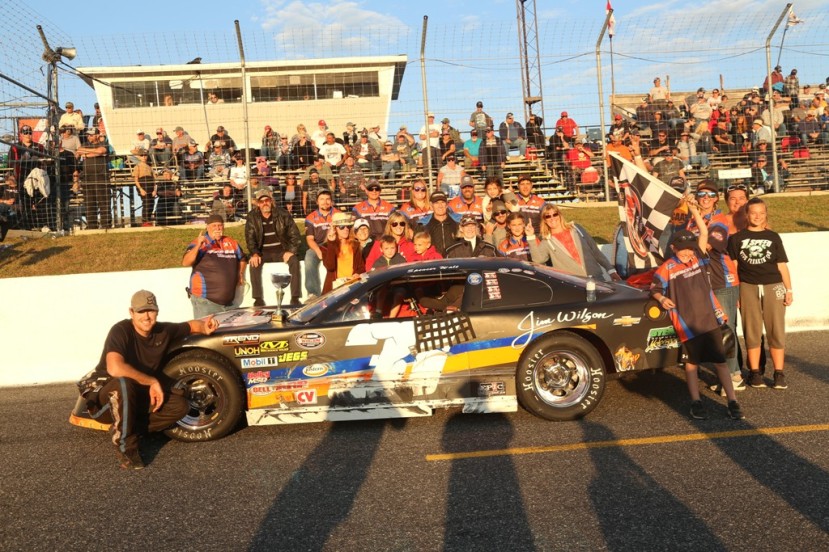 “You know that feeling of goosebumps you get through your body when your watching your favorite athlete celebrate or your favourite team with the cup? I still get those goosebumps every time I watch that video of us winning back. That’s why I know it’s so special.” – Rick Spencer-Walt on his first career APC Victory

“We definitely had a good car. McColl Racing Enterprises always gives me a good piece. It started off tight as we got off to a good lead, saved some stuff. Fortunately, it started getting tight in the middle a little, and the 84 was able to get by us on the restart. But we stuck with it, and got back into the side of him, and get by him coming to the white flag for the win.” – Brandon Watson

“I’ve had a lot of fun at the track outside of the car and in the shop, working on the cars and meeting some great people. It’s not the most proud moment but jumping over Tommy my first year was pretty memorable funny thinking back on it. He wanted to kill me.” – Mike Wilkinson

“I think this season has been up and down. It started rough and I honestly debated parking it for the season; the work was there. the guys were there – I thought maybe it was me at one point! When you’re on top in this game, you need to enjoy it as the ride isn’t long and there’s always the next guy/team waiting; this weekend is that. These guys have years more experience and a ton of knowledge; it will be fun to learn with them. And lastly, I hope they like Canadian beer cause if we don’t beat them on the track, you can guarantee we will out do’em in the campground!” – Rick Spencer-Walt