“They Said What?” Pure Stock Edition

Throughout the 2017 season, I had the opportunity to speak to a bunch of different competitors. During those interviews, there were some quotes that stood out. So it seems only fitting we take a glance back through the year at what was said.

“The last two nights of racing for me, were my career best. The second last night of racing I finished around eighth in a deep field of cars which was a big accomplishment for me. I wanted to end my season off strong so I decided not to run (the) Velocity (250) and have Cameron (McGlashan) run the car instead. Cameron was going to run double duty with his mini stock, so I took the bone stock out in practice. The car was a rocket in practice, so as a team we decided to go for it. I was pretty discouraged after my heats as they didn’t go exactly as I had hoped. We knew we had a fast car and it was tough having the finishes we did in the heats.

“At that point, I was still debating whether to let Cameron drive the car or not. I decided to go for it in the feature, and looking back today, I am so happy that I did. I started 11th in the feature and raced hard to finish in the fourth spot. That’s a huge accomplishment for me and my team. The best part of that finish was seeing my whole team run down in excitement. I am so excited to see what’s in store for next year after my few race finishes.” – Aundrea Lusk

“I think sometimes it can be a lot of a challenge dedicating their weekend to do something I love. The travelling really wears on you and when you gotta work on Monday; I feel guilty I am the reason they go into work on Monday tired. Luckily we have one of the best crews to be around; its always a lot easier when everyone’s laughing and carrying on.” – Kyle Neumeister 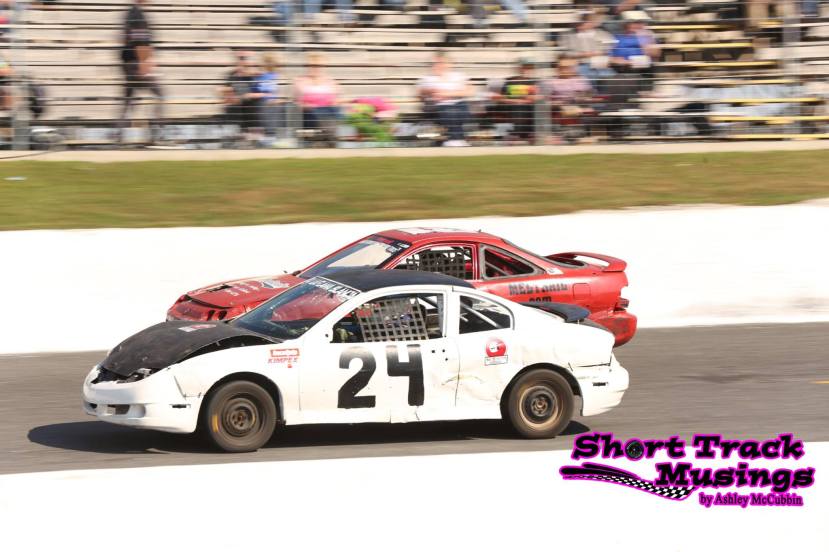 “My biggest surprise was how fast of a car; we just have not had luck on our side. I feel that we have a top three race car. If we can stop having the issues that we are having, then we should be able to have better finishes moving forward.” – Jeff Norman

“The allure of running wheel to wheel, less than 30 minutes from home, for pennies by comparison was a huge factor. I really like the structure from the rules. It promotes driving talent and bettering yourself as a driver, and learning to set up a car without spending money.” – Dylan Sharpe

“The victory at Kawartha was awesome. My brother (Chad) and father (Brian) have won there as well; now all three of us have a win at that track before it closes down. This has always been one of my favorite tracks and was great to have a win here.” – Corey Strawn 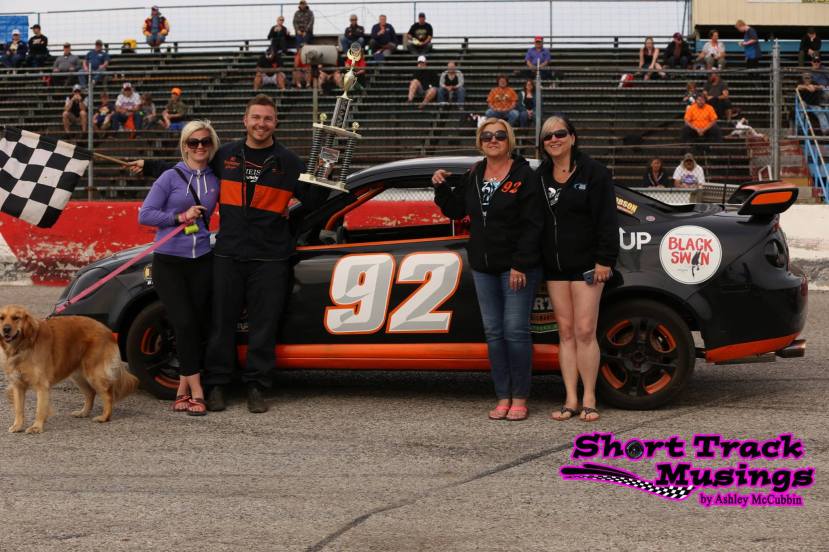 “They are affordable to build and maintain, and some guys can’t build them so when we are finished after every year we sell ours to anyone who can’t build one in their drive way. I also feel this class is the most entertaining as you never know what can happen and that’s the type of racing I enjoy watching and being involved in.” – Kyle Neumeister