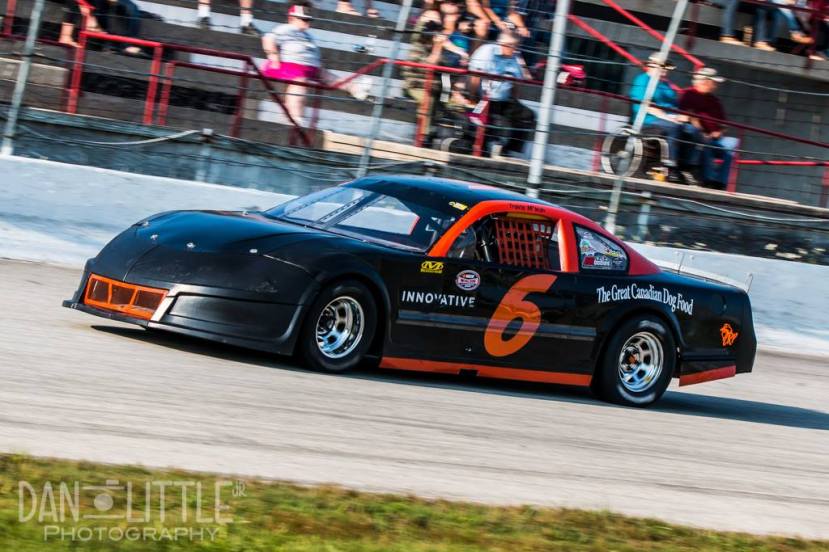 SAUBLE BEACH, Ontario — Running up front throughout the feature, Travis McLean saw his top-five finish slip away in the late stages of the race at Sauble Speedway.

When it came to the main event on Saturday night, McLean put himself in position to run up front, and ran with the leaders throughout the event from the green flag, hopeful for a top-five finish. However, a late-race caution produced a green-white-checkered finish which would not work out in his favor. The drivers would get together ahead of him, leaving nowhere to go, resulting in heavy front-end damage for McLean. He would keep going, though, crossing the finish line with a sixth-place finish.

Even though things did not go as planned, it does mark the third straight top-10 for the sophomore driver after a horrendous start to the season.

The team plans to get to work on fixing the damage, hopeful for a strong performance in the fifth round of the Great Lakes Concrete Series at Sunset Speedway on August 25.

Be sure to keep up with McLean Motorsports all season long by liking their facebook page at https://www.facebook.com/travismclean6/?pnref=story.