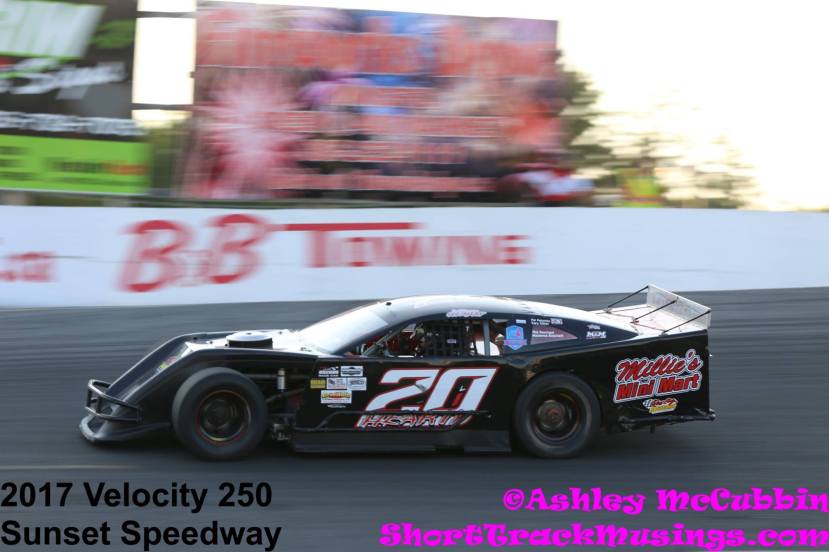 After a pair of back-to-back sixth-place finishes at the end of last season, Mike Hearty has confirmed that he will take part in select OSCAAR Modified Series events in 2018.

“I think this is going to be an exciting year for the OSCAAR Mod Series with a great schedule and should have great car counts again this year and lots of good cars and drivers,” he said.

The Sault St. Marie native will be making the long haul down to Sunset Speedway for the season opener on May 19, ready to see some familiar faces.

“Sunset is a track of choice as this has been the place I have mostly raced at in the last eight or so years,” he said. “It’s kind of like my home track so to say, and I like everything about it as everyone there welcomed me with open arms on my first time of arrival till this day now.”

Another event that you will see Hearty at is the series’ inaugural trip to Jukasa Motor Speedway on June 15, where the Modifieds and Hot Rods will race on the same night as the NASCAR Pinty’s Series.

“The track has a lot of history, and they have done an amazing job on redoing it,” Hearty commented. “The track looks very fast, and a lot of fun, and I expect a lot of fans out for the Pinty’s Series weekend.”

Hearty has been part of the tour for a couple of years now, and continues to get closer towards scoring his first career win. Last year, he was able to score three top-six finishes in four starts.

“Last season I felt we did very well,” he said. “Three sixth-place finishes and that with only taking a year off and only running a limited schedule. So to come sixth in three of the four races, with 20-plus car fields, is pretty good in my books. I think as a team we learnt a lot last year and are hoping to use that knowledge this year and be a top-five car every race.”

Knowing the team is capable virtue of a win by George Wilson in the No. 20 Modified, he says the goal for this year is to finish top-five each race he runs, with the possibility for a win or two. Though to reach victory lane, he knows that he will have to beat the No. 8 of Gary McLean.

“I’m glad to hear that he will be out more this year as if I ever win, I want to make sure it’s against him,” he said. “Another driver to watch will be Chris Milwain – always a fast car, and I’m looking forward to seeing Chris Mitchell in a modified as I feel they will be very competitive as soon as they hit the track.”

Certainly beyond those mentioned, the OSCAAR Modified field looks to be top-notch, which has Hearty excited for what is to come.

“I believe the class is in a great spot right now with car counts if last year says anything,” he said. “Also this coming year, I see some known drivers looking to get into this series so that speaks for itself. Modifieds are a much watch series in 2018.”