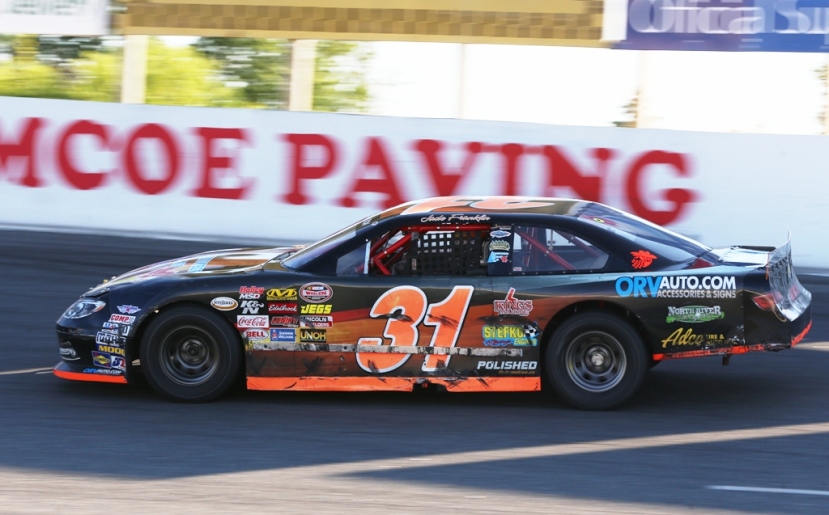 Everything is starting to come together for Jaded Motorsports as they picked up their first top-five of 2017 on Saturday night at Sunset Speedway.

Jade Franklin started off the night solidly, finishing second in his first heat, followed by a fourth in the second qualifier.

Starting up front for the feature, he would battle side-by-side with Chris Allard for fourth in the opening laps, getting the spot on Lap 4. He would then get alongside Jay Cutting for third on Lap 6, completing the pass a lap later. The movement forward continued as he got alongside Brandon Passer for second at Lap 8, completing the pass two laps later for the position. He continued to run as the runner-up till he was passed by eventual feature winner Jordan Howse with 11 laps to go, just before the caution flew.

Restarting third, he remained there till he was passed by Ryan Semple with five laps to go, bumping him back to fourth. Through the final laps, he would battle side-by-side with Coltin Everingham, able to hold him off across the finish line for a fourth-place finish.

The Jaded Motorsports team is set to keep digging this week in hopes of scoring their fourth top-10 of 2017 in the next night of competition.