Gresel Looks to Make it Three in a Row at Flamboro 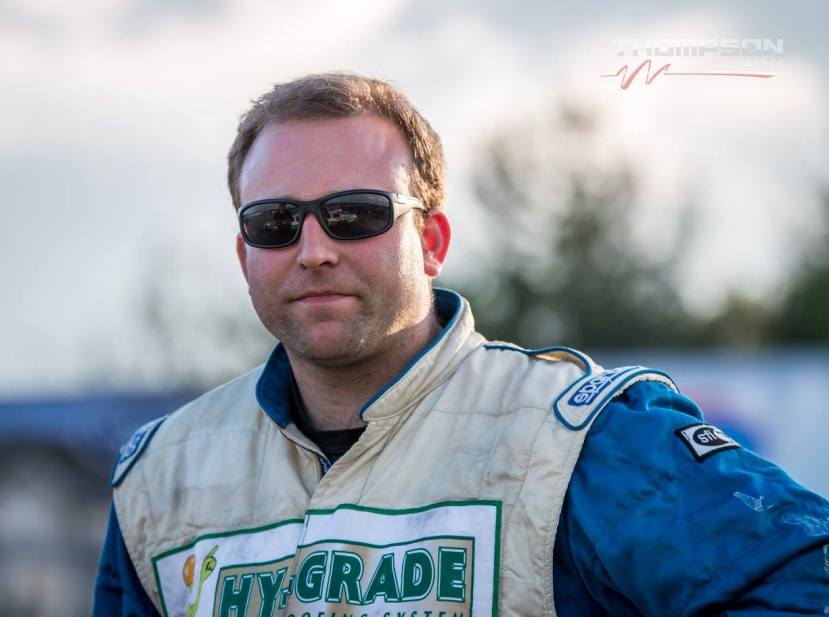 Each driver has a track that they seem to master better than any other. While Sauble Speedway is Andrew Gresel’s home track, it seems he has found a secret to Flamboro Speedway.

On top of winning the Gold Rush last year in the Super Late Model, he also won both of the APC Auto Parts United Late Models of Ontario Tour events, and returns there this weekend in hopes of a third straight victory.

“I’m excited to go back,” he told Short Track Musings. “Flamboro is a good race track for us; we seem to run well there. So I’m excited for that. Looking to hopefully repeat what we did last year, there. We had a couple wins there so that would be nice. But after Sunset’s race, we all know that some guys have picked it up quite a bit, too; it’s a stout field out there. It’s good racing.”

Flamboro has grown a notorious reputation through the years, which is not lost on the driver of the No. 81 Late Model as he says it’s a tough one-groove track, requiring a lot of patience.

“A lot of guys run good there – a lot of the Flamboro guys are fast there,” he said. “They’ve got a good car count of late models this year that have already ran some nights. So those guys are going to have a jump on the field for sure, right? I mean, to race a car and practice a car three nights, that’s a lot of laps on top of everyone else. It’s going to be tough. It’s a tough race track. You have to try to be patient and stay out of the wrecks because there’s always going to be wrecking at Flamboro.”

He enters the weekend on the heels of a solid start to the season with a fourth-place finish in the season opener at Sunset Speedway.

“Well, we never really had as much time as we wanted to practice the car and maybe get a few more bugs out of it than what we had there. So kind of ran short of time,” he said. “We had a lot of repairs to make on the car so we just wanted to make sure it was good that way before we went anywhere. So it all came together okay. We’re going to head out to Sauble this week – we plan on it as a lot of guys are to get a few more laps on the car and hopefully make some gains and carry on over to Flamboro.”

Last season, Gresel put together a stellar campaign with eight top-10’s, including five wins and three poles, and with the line-up this year he realizes it will take just as much effort, if not more, to take home another crown.

“Last year was a good year,” he said. “We had a lot of luck on our side. We had a good racecar underneath of us; we had everything. This year, we have the same set-up – we just need it to go all right again. Basically, it’s anybody’s race out there really. There’s a lot of good drivers involved. We’re just going to do our best and hopefully the wins will come, and stay somewhere in the top-five in points.”

On top of the increased roster, there’s the change in format with the series adapting group qualifying as apposed to single-car time trials.

“I’m still not really on-board with it,” Gresel admitted. “I’d rather have single-car qualifying but if it puts a better show on the fans and getting the fans to watch. I mean, whenever I go to the track and I know there’s qualifying, I like to be there for qualifying and seeing what the cars are doing; I like seeing single-car qualifying. So I mean I guess it’s a better way of going if this is what people think is better then we got to adapt to it.

“But from the racer’s point of view, I still like to have the track to yourself. You want to try and lay down the best lap that you can and I just find that with other cars, it’s a bit more distraction and stuff. But everybody is in the same boat so just got to do your best, get clean air, and lay down a good lap time.”