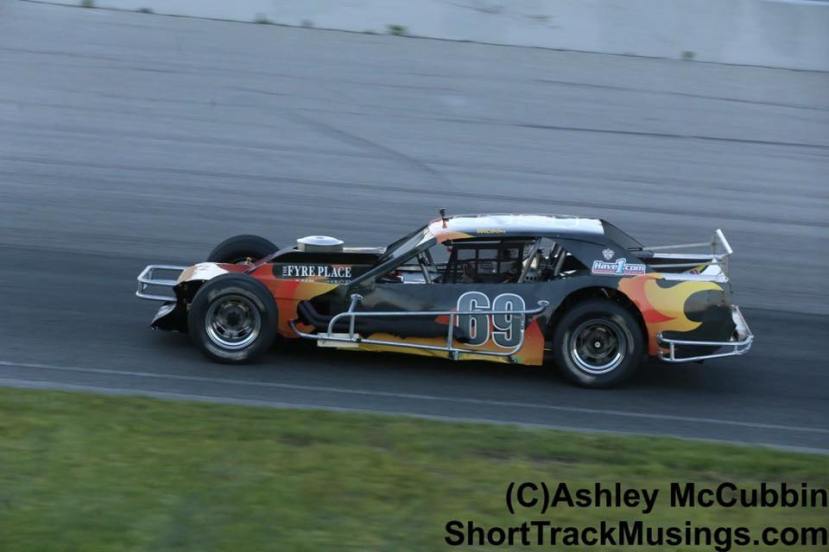 Wilson started off the night solidly, finishing seventh in his first qualifier, followed by a sixth-place finish in his second heat despite a near-miss with the wall.

Starting 16th in the feature, he continually made solid laps throughout the 30-lap feature, escaping an incident ahead of him, en route to posting a 14th-place finish.

Wilson’s OSCAAR Modified season will continue on June 24 with his second visit of 2017 to Flamboro Speedway. He will be keeping busy in the two weekends between now and then, though, with his midget. He will kick off the Outlaw Midget season at Sunset Speedway on June 11, followed by racing both his Pro Midget and Midget at Grand Bend Speedway on June 17 as part of OSCAAR’s action.

Wally Wilson Racing is proud to be supported by Have1.com and The Fyre Place & Patio Shop this season. He is also a proud supporter of #BurnOutTheBully and Laps for Muscular Dystrophy.

Be sure to check out Wilson’s youtube channel at https://www.youtube.com/channel/UCuC0eAtn85Fxtn_5_KfobBw to see on-board videos of the action.