Robbie Sikes Back Behind the Wheel This Season 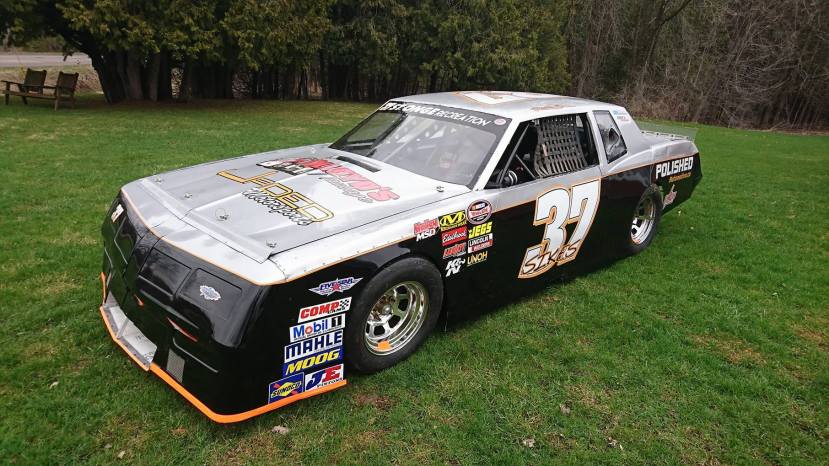 After spending a couple years out of the driver’s seat, Robbie Sikes is getting back at it this season. Sikes will race the No. 37 Super Stock full-time at Sunset Speedway, as a teammate to Jade Franklin.

“We just look to go out and have some fun – maybe push Jade around a little and show him it’s done, you know?” He said. “Teaming up with him to try and help both cars out. It’s been awhile since I’ve been out so we’ll see what we can do.”

Going into the season, Sikes hopes to be one of the front running cars with a threat to win, while having fun as “that’s mainly what it’s about this year.”

Prior to stepping out of the driver’s seat, Sikes was successful behind the wheel, racing at Barrie Speedway in both their Mini Stock and Thunder Car divisions with some wins to his credit. Racing is nothing new to Sikes, as he’s been around it his whole life.

“I just grew up around it,” he said. “It’s been in the family since I was a kid so just a tradition that kept up and it’s cheaper than drugs.”

Looking back through the years, he says the one moment that sticks out in his mind is the crash at Barrie Speedway with Desi Walt.

“Probably the wreck with Desi at Barrie when she flipped and that awful season we had up there where we wrecked a lot of stuff, which tend to put a damper on the career for a bit with the pocket book,” he said. “Hopefully we cap it off with a big win this year and put that one behind us.”