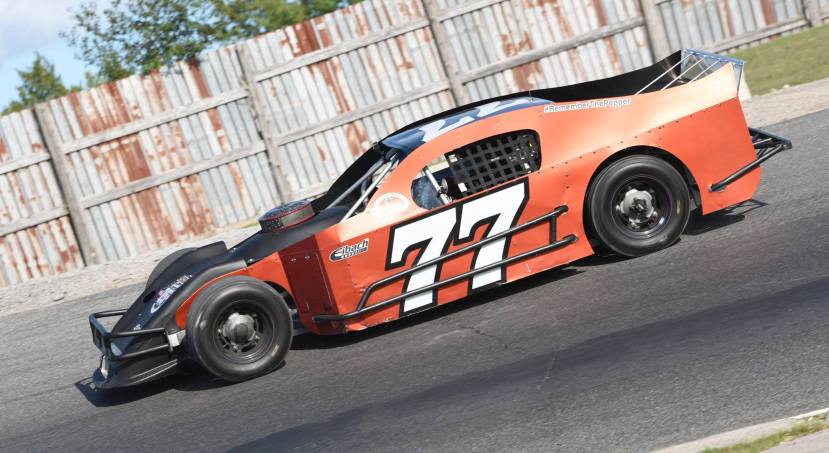 PETERBOROUGH, Ontario — After being sent to the rear of the field in the first half of the event, Chad Strawn rebounded for a solid sixth place finis in Ontario Modified Racing Series powered by Torque Builders Incorporated action.

Looking to rebound after a poor showing last week, Chad Strawn started off strong in the feature, but contact with Nick Lees would send him to the rear of the field. A pair of incidents to follow over the course of the feature and a trip pit side, the S&S Racing team continued to battle hard throughout the 25-laps.

In the end, Strawn would cross the finish line in the sixth spot behind the wheel of the No. 77 Eibach/Kingsmen Kustoms Modified. In his efforts of chasing the series title with teammate Brad Stevenson, the pair now currently sit second in points.

The OMRS Series will be back in action this weekend once again at Peterborough with S&S Racing looking to return to the podium. Stevenson has done it before in OMRS competition, while Strawn picked up a third place finish in OSCAAR’s Chase for the Colors event at Peterborough.

Details about the OMRS event this weekend can be found via Peterborough’s website at http://www.peterboroughspeedway.com.