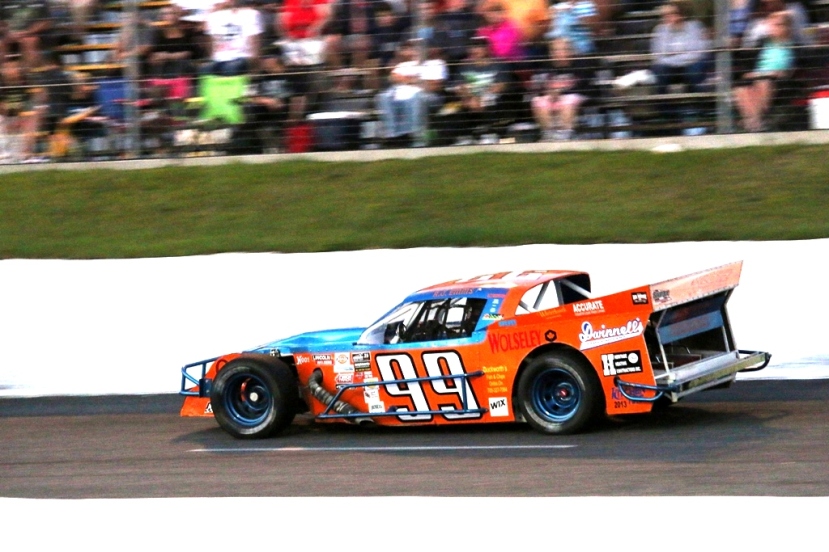 The night didn’t start off trouble-free, as he found himself turned around facing the wrong way in turn two during his heat as a result of contact from another competitor. He would finish the heat ninth, followed by a 10th place finish in the second heat.

With his qualifying performance in the books, Emms would start the 30-lap feature from the 18th starting spot. He would make a couple passes in the first half of the feature, moving to the 15th spot by the halfway mark.

At the front of the field, the leaders would find themselves knee-deep in heavy lap traffic. There would be contact at lap 22, resulting in a pile-up of cars ahead of Emms. Emms was able to weave his way through, allowing him to jump up to the seventh spot.

Following the final restart, Emms would battle hard, though fell back a couple spots, crossing the finish line in the ninth spot.