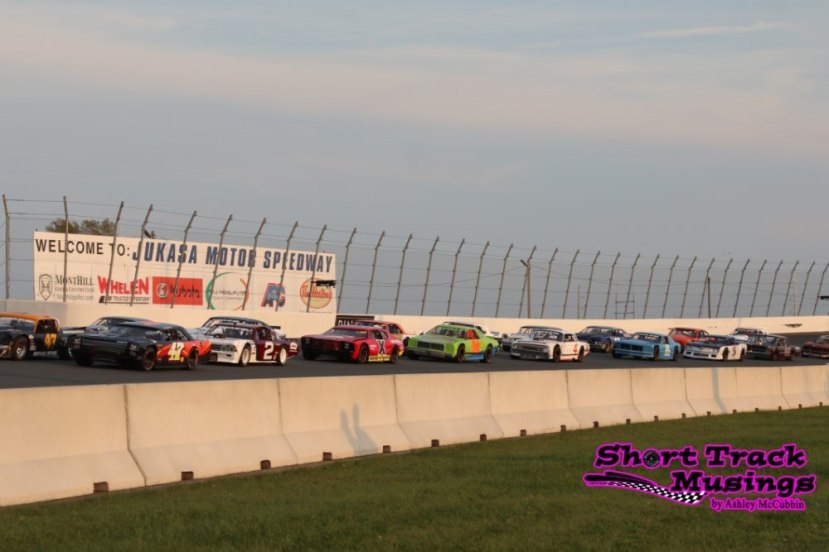 With each season that comes up in the Knightworks Design OSCAAR Hot Rods, there is always a list of drivers that everyone is keeping an eye on, wondering how they’re going to perform.

As always, be sure to comment with your thoughts – whether positive or negative.

Plans: Limited if Covid is still here
Goals: Good finishes, checkers are always nice
What makes the Hot Rods fun? You have what I call a racing family. When someone needs help, everyone comes to the rescue (to) try not to leave anyone on the trailer.
Drivers to Watch: A big list because everybody has a chance depending on how things play out on track

A past winner on the tour, Adrian Foster knows what it takes to get to victory lane. After all, he almost was able to accomplish the feat last season at Sauble Speedway, battling for the lead throughout the event en route to a runner-up. The consistency was also there, with no results outside of the top-nine.

Now, can we turn these solid performances into being a championship contender? Stay tuned.

With COVID-19, Bryan Cathcart admitted his team has put their plans for the 2021 season on-hold.

“I want to race when things go back to normal so that my family and friends can all be there,” he commented. “We are excited to race in the Hot Rods once things get back to normal, as we have put a lot of effort into both our hot rods and some cool old ramp trucks so everything looks like it’s from the 70’s.”

Despite not having been on-track with the division yet, a lot of people are excited to see what the team will roll out of their shop considering Cathcart’s past success across the province.

Despite only having a pair of starts on the series, Doug Wilson is already leaving a last impact with finishes of sixth and 10th last season. Now it’s just a matter of seeing how much he can improve with more laps on-track.

Plans: I’m just hoping when all this stuff is over, we all can get to do what we love doing and help track owners weather this storm so we all can survive and have places where we can race in the future.
Goals: To race all the events on the Hot Rod tour and compete every race for the win. I’d love to win a feature and finish top-five in points. We have the equipment to do so now. 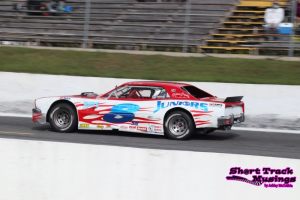 It seems with each season behind the wheel, Paul Senior improves as a driver, finding his way inside the top-five more consistently. Just in the shortened 2020 schedule, he scored a top-six performance in each of the three races entered, including a third at Sunset Speedway. Combined with four top-five’s the year before, his first win is right around the corner.

Plans: At this point I believe everyone is asking the same question. With the Pandemic no one really knows. But even if all was good to go, I’d have to says I would take it one race at a time. I have raced for a long time and trying to take it easy some. Pick and choose which races to do. Possibly start the season and if things go well maybe I continue on and do full season. If things don’t go so well back to pick and choose. 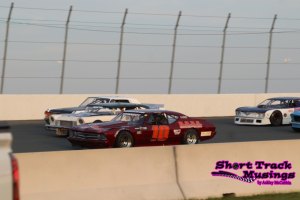 Goals: My goals are always to win each race I enter. Not really thinking season Championship, but again if all was going well it’s a possibility. With limited crew, I’ll do what I can.
What makes the Hot Rods fun? I believe most people that are running it are there for fun and not too serious because they all have been racing for a while. The other thing is the nostalgic factor. The cars of back in the day are not only cool but bring back memories of when people first caught the racing bug. To feel a little bit of our youth again. Maybe memories of times with family passed.
Drivers to Watch: There are a lot of accomplished drivers in this class so that a hard question. The guys that do the full series and always run up in the top-five most likely are going to be the same. So I’ll say Tyler Hawn, Steve Book, And young Trevor Thompson has shown some speed. If Tom Walters continues, he as well.

When the OSCAAR Hot Rods came together, Nick Clarke was one of the original founding members – and proved to be fast with a trip to victory lane. As the series continues to grow, he has yet to repeat the same success, and don’t quite write him off yet. The team showed speed in the limited schedule of 2020 with a ninth at Sunset Speedway, alongside five top-five’s and eight top-10’s the year prior.

Donny Beatty has not had a long stay with the Hot Rods – and truth be told, his future with the series is a little up in the air. However, the anticipation for success should he continue is high based on feature wins and championships in both the Thunder Car class and in a modified. His brief foray with the series in 2019 saw him score a top-10 in each appearance, including a fifth at Peterborough Speedway.

Plans: Much like last season, we obviously we want to be competitive but also have a good time. We’re all enjoying what we’re doing. Even over the winter, there seems to be a constant conversation with the Hot Rod guys over Facebook. It seems to have stayed connected that way. We can all joke and carry on, which makes it really fun when we get to the track.
What makes the Hot Rod Series so fun? The caliber of drivers is excellent – I’ve seen that. There’s guys that have raced everything throughout the province in the series and have beautiful cars, great equipment. I think (series president) Dave (Gainforth) and all of his people at OSCAAR have done a really good job of keeping the drivers motivated even all the hurdles. You always hear from Dave all the time – the e-mails, always in constant with all of us. I am always in contact with Dave all the time. He followed our build really close – he was seeing a lot of pictures before anybody else was seeing them. His interest in each and every one of us as drivers and car owners is what has driven the success, because it feels different than any other racing I’ve done when it comes from the feedback from Dave as a racecar driver and car owner. It’s nice to have the interest, and he’s not just the guy that gives you your payout at the end of the night or gives you shit when you’ve done something. He’s involved in all of it from top to bottom and it makes a big difference. It’s made this deal what it is – it’s huge.

Brandon Robertson may only have been involved with the series for a couple years, but expectations by the fans for success are there. They’ve shown consistency with a sixth last year at Jukasa Motor Speedway, combined with a pair of top-10’s the year before. The team has also shown their ability with Brandon’s brother Drew scoring a pair of top-10’s, including a third at Sunset Speedway.  As the team continues to build and improve pieces of their program, it’d seem a feature win is just possibly around the corner.

Stay tuned for the second part of the list. Additionally, stay tuned to the OSCAAR website at http://www.oscaar.ca for feature interviews with various drivers.