With a couple trips to victory lane, Mike Bradley certainly made the most of his 2019 Outlaw Midget season.

“My thoughts on the 2019 season are that it was a huge success,” he told SHORT TRACK MUSINGS. “Competition in the class was better than ever, with any number of drivers with the capabilities of winning. I think that the Outlaw midgets put on a great show for the fans.

“Personally, a handful of heat wins, a well-deserved and overdue feature win didn’t hurt either. This year I did not concentrate winning, we wanted to have fun. Our success came as a package deal.”

Through the season, Bradley was able to score nine top-five’s and 12 top-10’s, highlighted by a victory at Sunset Speedway in August. Looking back on the season, he notes the dominant victory was one of his favourite moments of the season, though admits the close second-place finish at Fall Velocity “was a close second.”

“The finish line picture of me and my daughter Emma made everything worth it,” he commented. “Close 3rd, following my brother (Dave Bradley) in the No. 15 car at Flamboro Frostoberfest, and not being able to pass him – not to mention the No. 15 taking a heat win at Colours in a dominating fashion. The No. 15 was our project build last off-season, and I was over the moon to see it successful.”

In looking back on seeing what the Bradley Brothers Racing team could have done better, he says there is always more that could have been done.

“With some major upgrades planned for the off-season, maybe next year I won’t be saying that,” he added. 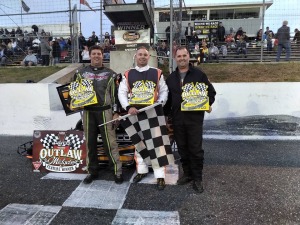 Continuing to make progress as a team is important, though, with the competition increasing each season. This past year alone, eight different drivers visited feature victory lane.

“I think the Outlaw Midgets are only gaining traction from year to year,” he said. “This past season, there was a bunch of rookie drivers that have what it takes to win. I have been nominated and accepted a position on the executive of the club. I have only the best interest in continuing to grow and encourage rookies and new drivers to choose the Outlaw Midgets as a club to be a part of. I do believe that the tracks love the competition we bring and we will continue with the great show.”

While he hopes to grow the club as a whole, he has set his personal goals for 2020 on placing in the top-three in points, with multiple feature wins. Additionally, Bradley would like to see the No. 15 score a podium, if not possibly a feature win.

For Bradley, it was his brother Dave that gave him the bug, allowing him to get his “first sniff of racing.” 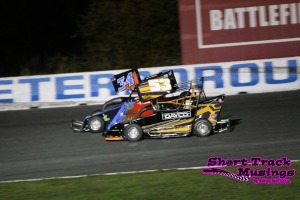 “I always loved snowmobiling and speed,” Mike Bradley recalled. “While I was away at college, Dave bought an old TonyKart and raced in the Ottawa Kart Club. The next year I had one. We raced karts in the Ottawa area, and later in the GTA for 10-12 years or so until the time commitment and money got overwhelming. I took a couple years off and then stumbled onto the Outlaw Midgets. Mike Westwood, Adam Carrothers, AJ Emms, Jamie Bound, Robin McLean and Rob McCall were all great helping out in the early year – and for that help, I own them.”

Based on his experience gained to get to this point, Bradley’s advice to the rookies is to start with a good ride, even though it can be financially tough at times to do so.

“It is well worth it,” he explained. “These little cars are like nothing else. If you have a good car, than you can concentrate on driving, prep and maintenance. Race are won from the shop. Do your homework. There is lots of information available for resources, and there are a lot of great people in our club willing to help out. 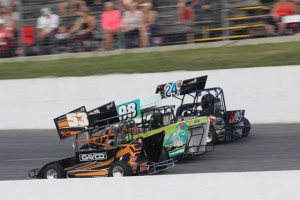 “Also, realize that when you start out the learning curve is huge. Do not got out in the spring thinking that you will dominate; realize that it will likely take some time and refinement to develop a winning program. Don’t get over-whelmed with data acquisition and lap times and competition and horsepower. Just do your homework in the shop.”

For his success, Bradley would like to thank his sponsors Ambient Air HVAC Designs, Dayco Canada, Cable Guy Photos for their support in 2019. Additionally, he would like to send a huge thank you to the following people:

· My dad, the boss and crew chief

· My brother Dave, the talent…