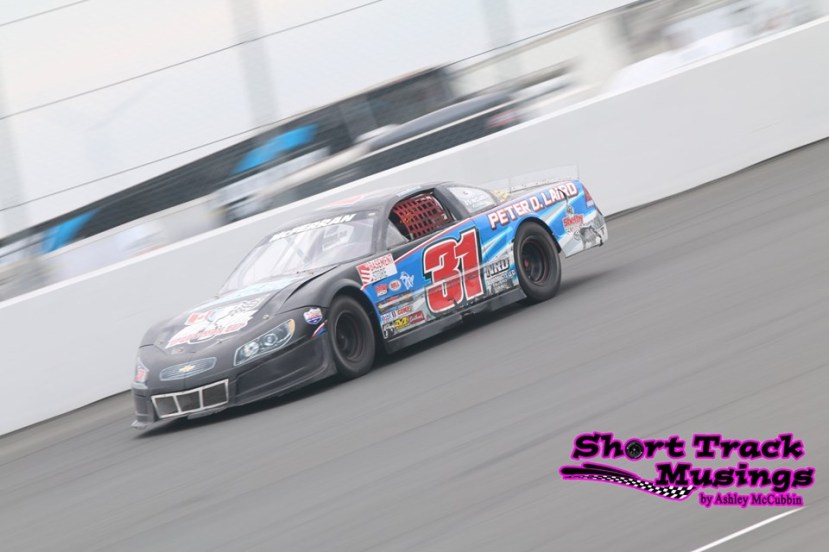 HAGERSVILLE, Ontario — Scoring a heat victory and running in the top-five all race long, Brandon McFerran was able to pick up a fourth-place finish in the Super Stock portion of the Canadian Stock Car Nationals weekend at Jukasa Motor Speedway.

“I think it went really well,” McFerran told SHORT TRACK MUSINGS. “We’ve never been that strong really at the end of a race here, so we picked up on something. I talked to a lot of guys before coming back to Jukasa. Junior Hanley has been a big help in telling us what to do with springs and shocks and stuff. 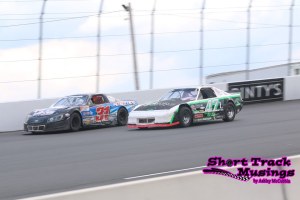 “I think we’ve done really well. The car had a lot of speed at the end; I was catching third-place pretty fast, but just didn’t have enough laps to go up there in the top-three. So we’ll come back next year, bigger and better – maybe with a bigger motor, and hopefully won’t be leaving with a Mohawk next time.”

McFerran was strong in last year’s inaugural edition, scoring a fifth-place finish. He then backed that up with a eighth-place finish in the spring event at Jukasa Motor Speedway this season.

As for what he was missing in comparison to race winner Lane Zardo, that’s something he admits they’re still trying to figure out.

“That thing has a big old motor in it, so like I said, maybe we’ll bring back a bigger motor and give him a run for his money,” he commented. 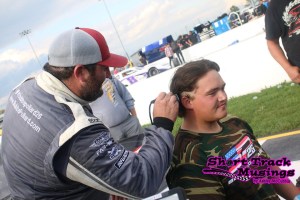 Although the fourth-place finish was nice, it meant the loss of some hair for McFerran as a result of a bet made between him and Zardo, with the loser getting a Mohawk. Following the Pro Late Model 250 lap late model event, Bubba Pollard had the honors of doing the deed.

With the Jukasa Motor Speedway being a preview of what the playoffs could bring, the question remains where drivers will be running over the back half of the season.

“We’re just going to take it weekend by weekend here,” he said. “I know for sure I want to do Velocity up at Sunset. I haven’t been to Autumn Colours in a few years, so I’d like to make it back to Peterborough up there for ACC, and we’ll see what happens.”