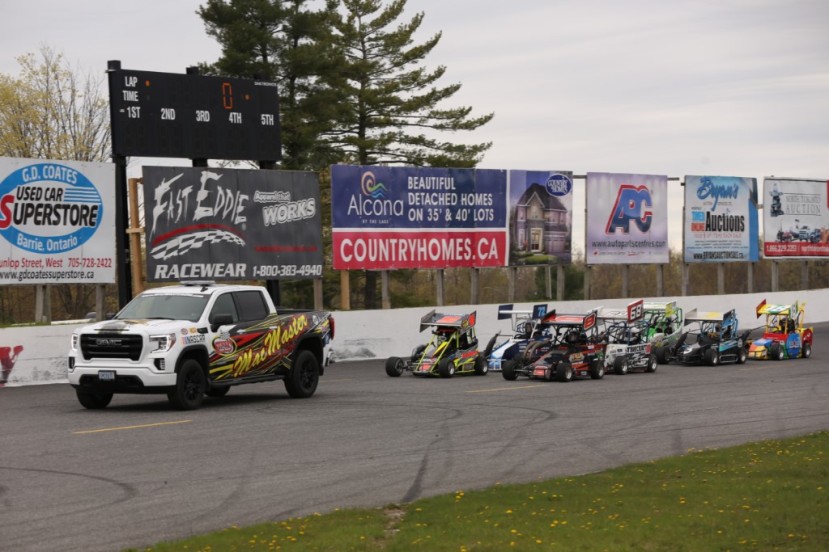 After a couple weeks off to catch their breath, the Outlaw Midgets are ready to return back to action on July 27 at Sunset Speedway. It will mark their fourth trip of the season to the Innisfil, Ontario based oval. 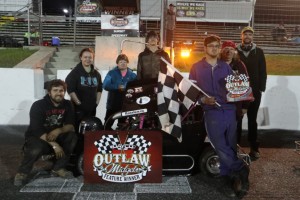 Thus far, Nigel Buttivant and Adam Carrothers have been able to hold the famed black and white flag at Sunset. Buttivant scored his first career victory in May, after taking the lead on Lap 7 and cruising away from the field. Carrothers, meanwhile, won the next two events. He out-dueled Mike Bradley for the victory at the beginning of June, while he grabbed the lead at the halfway on June 22 and cruised to the win.

Carrothers is having the dream season thus far, with no finishes worse than fifth through the first seven races in 2019. He currently holds the lead in the standings by 53 points ahead of Jody Bound. Buttivant, meanwhile, is coming off a nasty crash at Peterborough Speedway that launched him into the air and over; thankfully, he was uninjured in the incident.

Although Buttivant went for the ride of his life at Peterborough, it was his teammate Jessica James dominating en route to the victory. She has only ran five races this season, but has scored two wins and two runner-ups in the process. 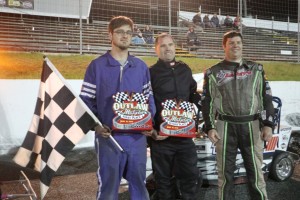 The surprise has been the up-and-down fortune for defending series champion Jody Bound. He has ran well, as he swept the weekend at Sauble Speedway, but also has seen mechanical issues hinder him at times. Uncharacteristically, he has finished outside of the top-12 twice this year.

Although there have only been five different winners in seven races, the possibility for more drivers to have reached victory lane was present. Several drivers had strong runs on a consecutive basis through the beginning half of the season, including Robin McLean. The series president has four podiums in seven races, including a runner-up at Sunset on June 22.

Richard Woodland has also been up front consistently, with just one finish outside of the top-five, and that was a 10th-place finish. He showed his potential at Sunset Speedway with a third-place finish in his last appearance on June 22.

Mike Bradley could have easily gotten a few wins under his belt on sheer speed, but unfortunately has come up short. An incident plagued him on June 22, but he was able to get a runner-up at Sunset Speedway on June 8.

If you are looking for an underdog, keep an eye on Ryan Brown and Wayne McKibbon. Both drivers have scored their only top-fives of the season at Sunset Speedway, with McKibbon getting his first career heat victory there.

The rookies are also continuing to get better, as Josh Inglis was able to score a season-best seventh at Peterborough Speedway.

Beyond those mentioned, there are several others that will be in the field as the Outlaw Midgets typically have a full slate when they make their appearance at Sunset Speedway. So be sure to be in attendance to catch the show.