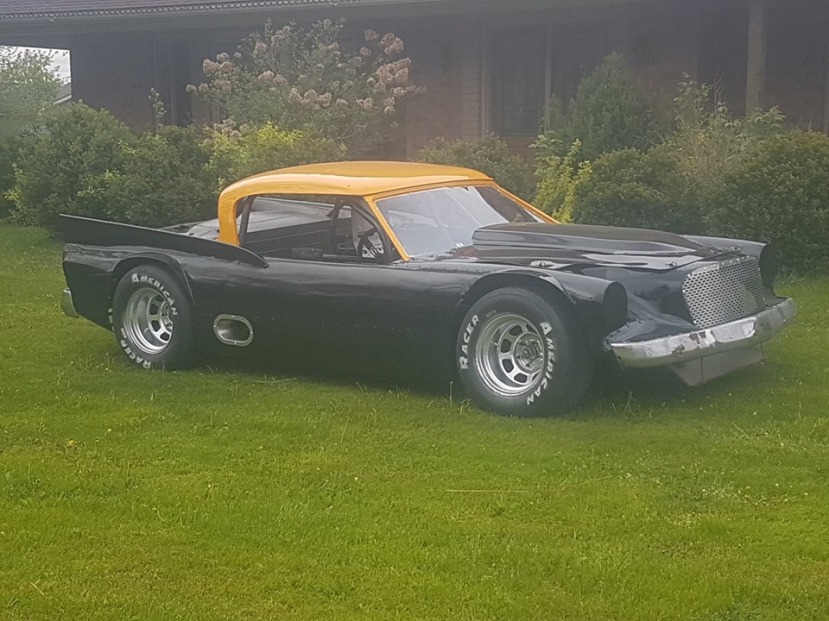 After a successful rookie campaign with the Knightworks Design OSCAAR Hot Rod Series in 2018, Steve Book will enter this year with a new car, as his team is building a 1960 Studebaker Hawke.

“It was the same model car my dad started racing with and he has always wanted to build another one,” Book explained. “We still have the Camaro if we don’t get it finished on time.”

Book was able to put together a solid campaign in 2018, placing third in the year-end standings with seven top-five finishes.

“Last year we had more success than we had anticipated with one feature win and a couple of heat wins at Sauble speedway,” he admitted.

Now entering his second year with the series, he is hoping to run stronger at Sunset Speedway this year, while being set for his first ever event at Peterborough Speedway.

“I am most looking forward to racing at Jukasa this year,” he added. “We had a carburetor issue last year at Jukasa and that cost us a couple of positions.”

With the series having grown more over the off-season, Book knows it will be tough competition all year, sighting Tyler Hawn and Billy Alderson Jr. as the first two drivers to watch entering 2019.

“I also think that Nick Clarke ,Paul Senior, and Brad Martin will be strong this year,” he continued. “I think it will be even harder to run up front this year with all the new cars and talent that is coming into the series.

“I think this series is the coolest series in Ontario racing and I hope everyone remembers to have some fun with it and not drive up the cost . I think (series president) Dave (Gainforth) has put together a good rules package and is trying to make it affordable which is what racing needs.”

Although the success with the Hot Rods has been great, Book says the most memorable moment that he’s proud of in his career was getting the chance with his father Ralph Book.

“He has been my biggest influence in racing and my life and he is the driving force in our team,” he said. “I hope to be able run top-five as much as possible and maybe we can pull out another win.”