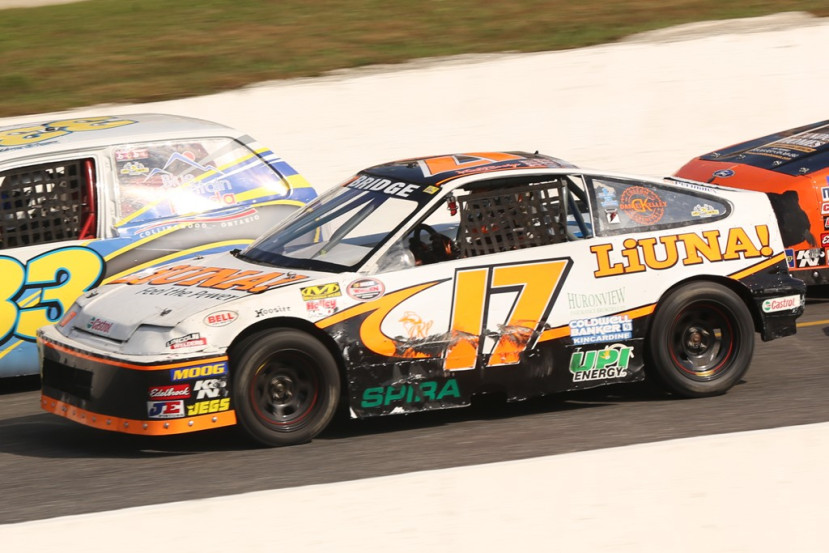 DURHAM, Ontario — With Sunset Speedway raining out, Kevin Bridge made the trek out to Full Throttle Motor Speedway for their season opener.

With a focus on shaking the car down ahead of the rest of this year’s schedule, the night did not start out smoothly. Bridge would not complete the first feature, having to pull off early with a broken rotor. Though having the right tools and parts, repairs were made with the No. 17 CRX ready to roll for the second feature.

Starting on pole, he showed speed in the early laps running up front behind eventual race winner Andrea Parsons. However, contact from another competitor would see Bridge turned out towards the outside wall. Although Bridge was able to avoid making contact with the barrier, he’d lose the valuable track position in the process.

Although he did not place strongly on the results sheet, Bridge stated post-race that they were able to accomplish most of their goals in shaking the car down ahead of the rest of the season. The team will put the lessons learned to work in the shop, ready to have the car 100% ready for their next event.

The next event on Bridge’s calendar for the 2019 campaign is a trip to Sunset Speedway for their Spring Velocity event on Sunday, May 19. Notably, Bridge is the defending race winner as he won the event last year following a late-race pass on Warren Paxton.

Be sure to keep up on all the happenings this season by liking the Kevin Bridge Racing facebook page at https://www.facebook.com/Kevinbridgeracing/, and following Bridge on twitter at https://twitter.com/BridgeRacing.