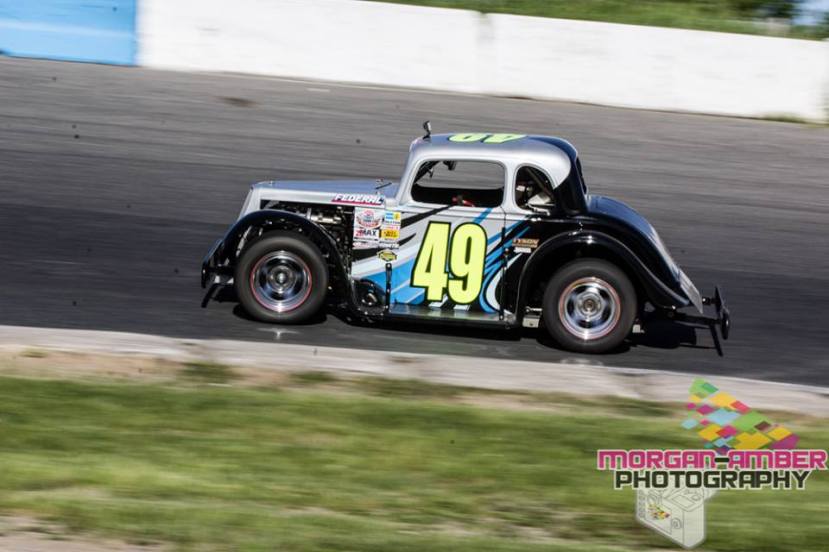 After a solid season with several runs upfront over the course of 2018, Miles Tyson will be back in the Ontario Legends Series for this year.

“My thoughts going into this season is to have some better luck then I did to the start of last season,” he told SHORT TRACK MUSINGS. “At the same time, I’d like to have some good speed and consistent finishes all season long, but with a new motor program starting this season it’s gonna be a bit of a learning curve to try and figure out. But I’ll be working with a good group of guys that jumped a board to help us out this season, so hopefully that will get us going into the right direction pretty quickly.

“I know we’re gonna have a stacked filled this season with a lot of talent in the field, so I’m hoping to play it smart this season and race smartly and try not to tear up the car every weekend.” 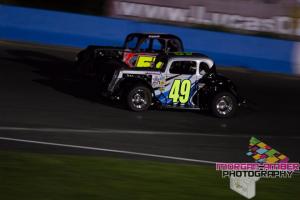 With having ran in the top-five through the past couple seasons, Tyson says he’s ready to put the No. 49 in victory lane in both heat and feature competition.

“I’ve been so close so many times,” he commented. “I know we got the speed to do it. Some of my expectations would just to finish good every weekend, and hopefully run up at the front with the best guys in the business and hopefully maybe pull of the championship. Also, they got the Asphalt Nationals this year at Sunset Speedway. It would also be nice to try and pull off a top-three finish in that as well.”

Tyson feels their program is at where he wants to be speed-wise, as long as they avoid the bad luck that plagued them last year with engine issues.

“With how me and my dad work, I know we can make our cars fast,” he added. “We always have been competitive, but hopefully will be able to carry the speed into this season and be quicker then we were last year with this new program we have coming into 2019 season.”

Although the 2019 race season will take Tyson across the province to several different tracks, the speedway where he has the most experience through mini stock and super stock competition is circled on his calendar. 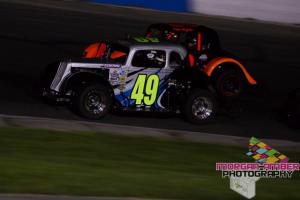 “I’d have to say Sunset Speedway is where I’ve had the most success in Legend cars,” Tyson noted. “It’s a two lane track, lots of side-by-side racing, and I think it’s good for the fans. I’m really looking forward to running the Asphalt Nationals there later this year. I think it’s gonna be a great turn out, and with how I’ve ran there over the years, I feel pretty good on how we can do there this season.”

Arguably, reaching victory lane this season will not be easy with several stand-out previous race winners returning, combined with other drivers stepping up their program.

“Coming into this season with the amount of competition that’s in the series has me a bit worried, but it’s not any different then it has been the last couple years,” he commented. “It’s a great series to run and the guys that are running it know how to get the turn outs. I think it’s going to be a lot of closer, tight racing this year and there’s gonna be a lot of guys that will have a chance at winning this season. I’m looking forward to running with the best that’s going to be showing up this season.”