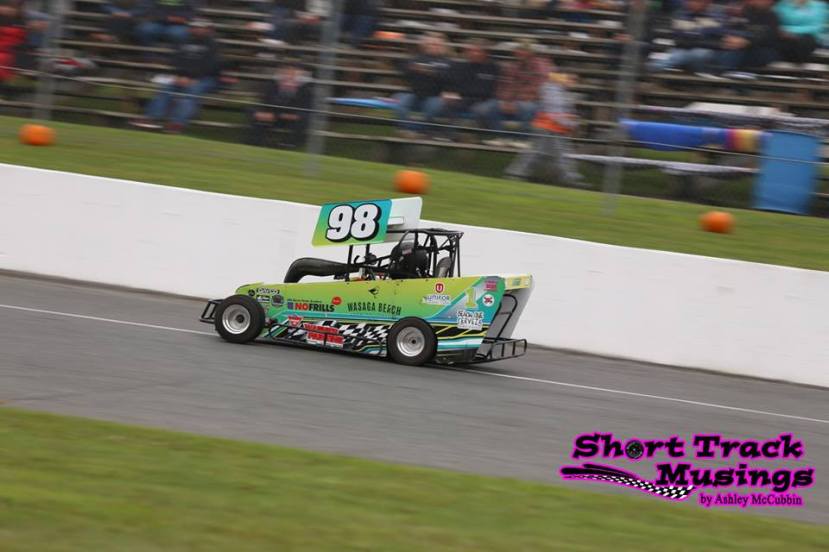 The off-season for many drivers involves going through their car and making the necessary improvements and upgrades. Kevin Spiez has done that the past eight years, but was ready for a change in 2019.

That is why he is in the process of working with RPM Race Engines to build a brand new Outlaw Midget for this season.

“I’m really excited for the year with the growth of the series, and the competition,” he told SHORT TRACK MUSINGS. 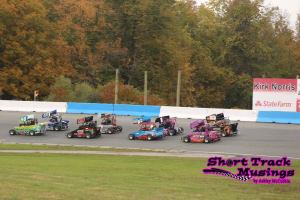 Spiez is coming off a solid campaign that saw him consistently run up front last year en route to a top-10 finish in the year-end standings. He is hoping to repeat that success this year, while shooting “possibly for fifth-place overall” and his first career victory.

“Each year I’ve progressed a little more and added a few new things,” he commented. “But this year is my first new car, being built by RPM by the way, so we’ll go from there.”

On top of having a brand new car this year, he feels finding consistency on a weekly basis with the car staying together and working properly will be critical.

“The key is staying ahead of the car; I think that’s a big goal,” he added. “We have little things, like chains, that other cars don’t have. So we have to make sure that they’re in line as if it’s out a little, it throws the chains constantly. If you don’t do the little things, homework per say, it will get away on you. It’s about cleaning the clutches every week, straightening the chain – just little things like that.

“It’s the weekly maintenance, basically. Even if it’s just one night a week, you need to go over the whole car and check the bolts, check the motor mounts, check all the good stuff.”

The Outlaw Midgets are set to visit each major facility across Ontario from Sunset Speedway in May, to Peterborough Speedway in October. For Spiez, he admits that he has circled Full Throttle Motor Speedway on his calendar. 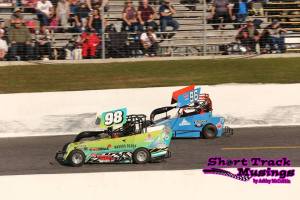 “I always enjoy going to Full Throttle,” he commented. “It’s always going to be Varney to me because that’s where I grew up. It’s a fun, challenging track.”

The series also opened a new opportunity for him last year, as he got to chance to race side-by-side against his son Nick Spiez.

“I love racing against my son,” Kevin Spiez commented. “He beat me twice last year and when I watched him race against the person ahead of us, I was actually cheering for him. It’s such a big great thing to have him out there.”

Nick was just one of several rookies to join the Outlaw Midgets last year, with even more interested in being part of the action in 2019.

“The club has progressed amazingly,” he commented. “The competition every year has stepped up. We’ve got constant rookies coming in and the ones that are coming in are guys with experience that want to try something different, so it’s harder than a normal rookie. They know how to race a car, they just have to used to driving one of our little cars.

“They might be a little car, but they’re a monster. You have to work with them. They take a lot of finesse in the corners.” 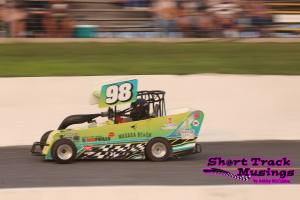 For the rookie class coming into this year, Spiez says the key is to be patience, and take the time to learn your car.

“You have to be able to feel what the car is doing and understand how it is changing through the race,” he said. “A lot of people get in and think they can just go to the front. But you’ve seen it hasn’t always gone that way in seeing people crash a few times being over confident.”

Kevin Spiez would like to thank his sponsors Wasaga Beach Brewing Company, Beach One Cerveza, The Uniform Local 414, and No Frills Bradford for their support. He’d also like to add a shout-out to Robin McLean and RPM Race Engines for all of their hard work on the new car.