Memorable Moments From the Signs of Innovation Mini Stocks

The Signs of Innovation Mini Stocks put together some great races across the season. So let’s take a look back on some of the great features we experienced.

Mike Robinson Jr. was able to make his way to victory lane on two occasions, despite running a limited schedule. A lot of people will remember his second win that featured a thrilling three-wide pass on the lead, followed by a mid-race battle for the top spot back and forth with Tyler Seaboyer.

Races featuring battles late in the event weren’t a surprise at Sunset Speedway this year, though.

At the Spring Velocity, Warren Paxton was able to chase down Craig Kamrath for the lead, taking the top spot. Behind them, Kevin Bridge had worked his way into the third spot. He’d remain there, getting alongside Kamrath for second at Lap 12, completing the pass a lap later.

As the race neared conclusion, the gap between Bridge and Paxton continued to narrow down, with Bridge finding his way to Paxton’s bumper. Kevin Bridge would make his move with four laps to go, passing Warren Paxton to win the Spring Velocity feature. Craig Kamrath finished third, followed by Daniel Montanari and Chandler Bos. 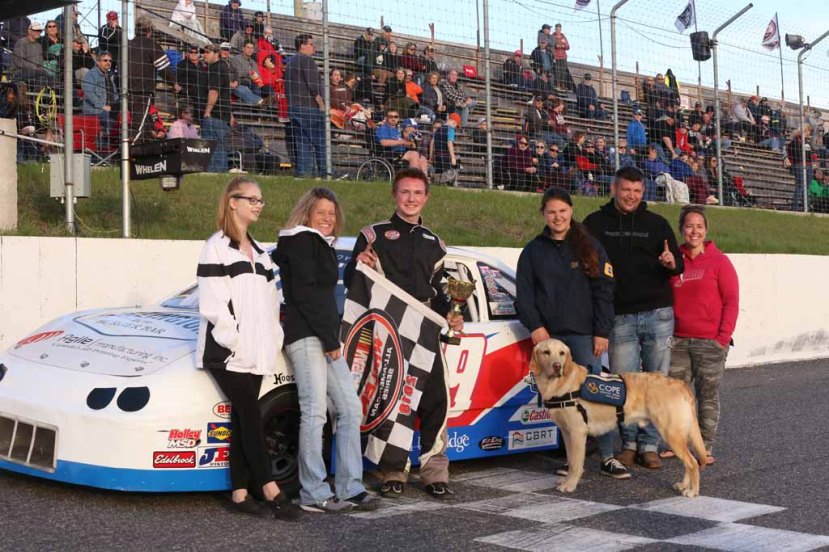 After getting the lead on a mid-race restart, it appeared Paxton had the race in his control. However, in the late races, Daniel Montanari was able to track down Paxton for the lead, all over the back bumper of the No. 33 Honda Civic. Montanari would make his move with two laps to go, taking the lead as the field came to the white flag.

That victory for Daniel Montanari was part of the beginning stretch of the year where he won four races in a row. However, he didn’t win the season opener as that honor went to Samantha Shaw

Shaw grabbed the early lead right off the drop of the green flag in her No. 81 Spira Fire Protection / Lucas Oil Products Mustang with Holmes and Montanari battling for second. Montanari got the spot on Lap 2 ahead of Holmes and Seaboyer, with Seaboyer challenging Holmes for third the next circuit.

The middle portion of the race would see the field spread out, but Montanari was able to find his way back to Shaw’s rear bumper in the closing stages, challenging her for the win, even looking underneath her off turn four at one point. Despite his determination, though, she was able to hold him off.

“In all honesty, I don’t run a rearview mirror, and I have a side mirror that I can move, and as soon as I took the lead, I moved it in so I couldn’t see,” she said. “I had no idea he was there. I was just trying to hit my marks, and everything worked out.” 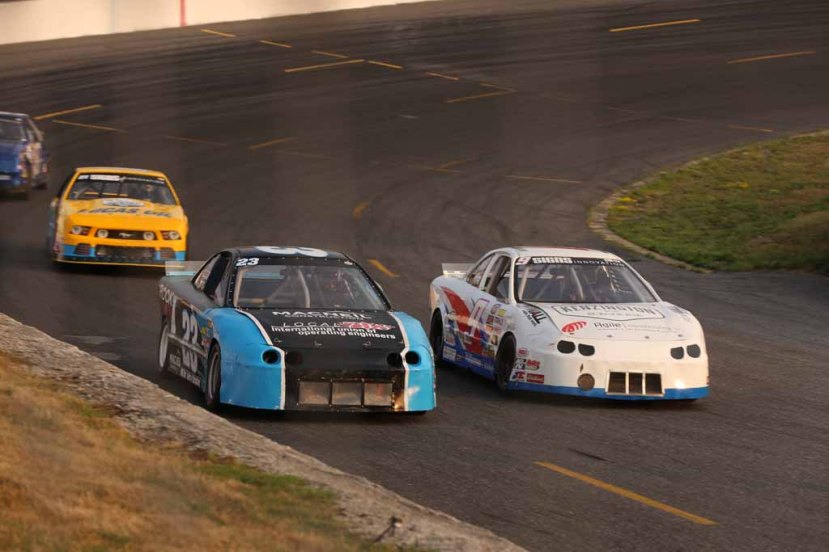 The battle of the season, though, belonged to Tyler Seaboyer and Daniel Montanari. Starting up front, Seaboyer made his way to the lead on the second lap after a short battle with Cameron McGlashan. Montanari, meanwhile, had a longer way to get to the front after starting deep in the field.

At the halfway mark, Montanari would take Ken Townsend and Samantha Shaw three-wide for second at Lap 16. The move didn’t work in his favor, though, as Shaw took the spot two laps later, with Montanari side-by-side with Townsend. Montanari would complete the pass on Lap 20 to take the third spot ahead of Brad Townsend.

Montanari would make the move once again on Shaw with three laps to go, completing the pass one lap later. He was then able to track down Seaboyer, getting to his inside through the final corner. The pair would battle door handle to door handle to the checkered, with Tyler Seaboyer edging Daniel Montanari for the win.