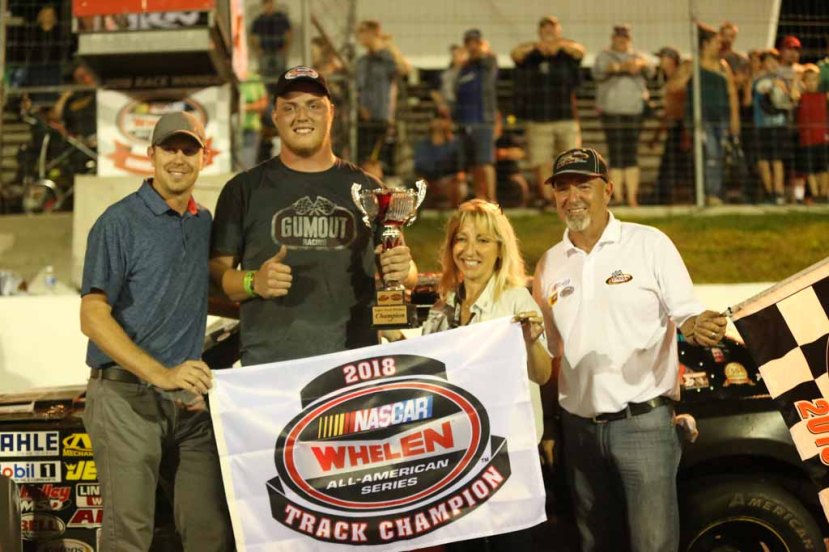 Consistently improving with each season behind the wheel, everything came together in 2018 for Coltin Everingham as he crowned the 2018 Sunset Speedway St. Onge Recreation Super Stock Champion.

Through his first few years at the track, he made progress in showing his ability behind the wheel, picking up a few heat wins along the way, but wasn’t reaching potential that he felt he could. 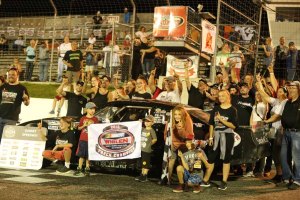 “I just wasn’t having fun anymore and I said to my mom, ‘I really hope that we can try to get a new piece, and put some money together,’ and we were able to do that,” he said.

At the beginning of the 2017 season, Everingham debuted a brand new piece built by Shaun McWhirter, poised to take on the field. While others have gone with different chassis builders, the decision was easy for Everingham to go to Streamline Chassis as, “Shaun has believed in me in the last few years and it’s been a helluva ride with this guy.”

The decision showed results immediately, as Everingham ran up front right from the beginning, scoring a pair of feature victories before the season was over. After making a statement and proving they could win, the team would completely strip the car over the winter, entering this season with one goal in mind.

From the first race of the season, the chase for the title was on as Everingham ran up front on a weekly basis, scoring a pair of feature victories during the season. Keeping out of trouble and picking up a fourth-place proved to be just enough as he’d edge out Stefan Semeraro for the championship.

While it is special to see his hard work pay off, it almost marked a monumental moment for fans of Sunset Speedway through the years that have watched three generations now of Everinghams compete.

“It’s pretty cool because I’m the only one that has won the championship in my family,” he said. “My Popa, my dad and my Nana – they’ve been all supporters. My Papa may be old, but he still knows what he’s doing with these things so it’s pretty cool to have them backing me and being able to prove to them that I’m just as good as a driver.”