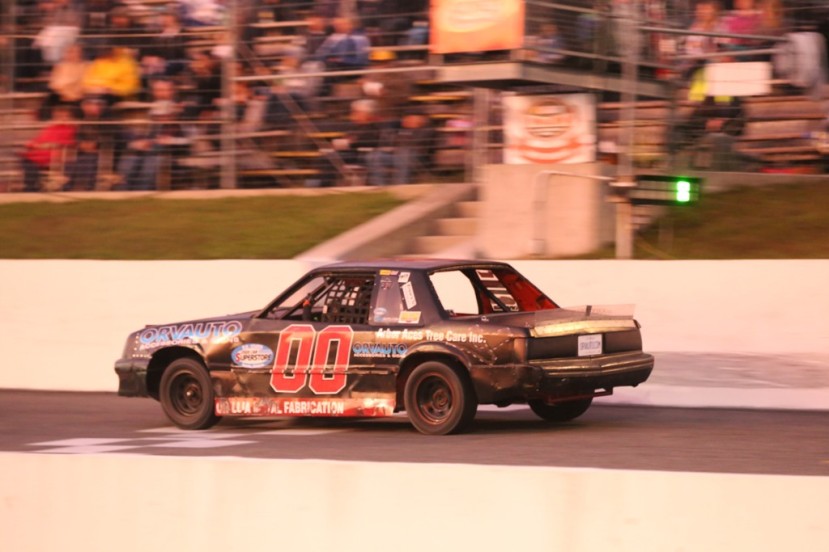 INNISFIL, Ontario — The strong runs continue for Cameron McGlashan at Sunset Speedway as he picked up his fourth consecutive top-10 on Saturday night.

Coming off his first heat win of the season last week, there were high hopes entering this weekend and that showed with a fourth in the first heat, followed by a third in the second qualifier.

Starting third in the feature, McGlashan would move up to second in the early stages, getting alongside Bob Phinnemore for the lead with just four laps on the board. The battle or the top spot would get interesting two laps later, with contact happening, resulting in McGlashan falling back to eighth before the caution flew. Restarting eighth, he would work at battling back, finding his way back to seventh before the checkered flag waved at the end of the event.