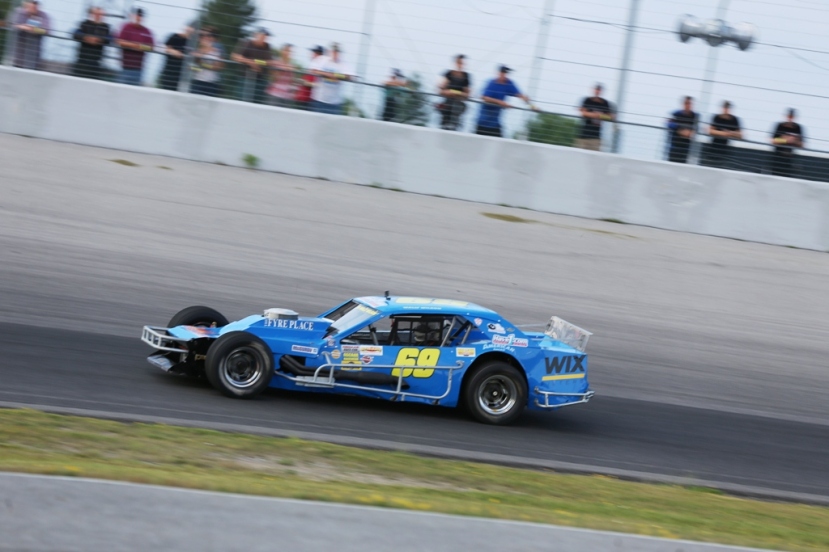 OWEN SOUND, Ontario —- Running an OSCAAR Modified and Outlaw Midget event on the same weekend, Wally Wilson was able to walk away with a top-10 finish.

On Friday night in the OSCAAR Modified at Kawartha Speedway, he would score an eighth-place finish in his qualifying heat, setting him to start 23rd for the 40-lap feature. He would immediately begin to make his way forward, escaping each of the next six cautions over the first six laps without any damage. He would battle hard throughout the rest of the feature, ultimately crossing the finish line with a 17th-place finish.

Then on Saturday in the Outlaw Midget at Sunset Speedway, he would finish third and fourth in both of his qualifying heats despite some controversy regarding restart rules. Come feature time, he wasn’t quick off the drop of the green flag as he dealt with an ill-handling condition. It would improve as the race went on, though, allowing him to make up ground en route to a seventh-place finish. It marks his third straight top-seven in the Outlaw Midget.

Wilson’s efforts are supported by The Fyre Place & Patio Shop, Have1.com, and Wix Filters. Wally Wilson Racing is a proud supporter of #BurnOutTheBully and Laps for Muscular Dystrophy..

Keep up with Wally Wilson by liking his facebook page at https://www.facebook.com/Wally-Wilson-Racing-443805665798939/?fref=ts, while following on twitter at https://twitter.com/WallyWilson_69.