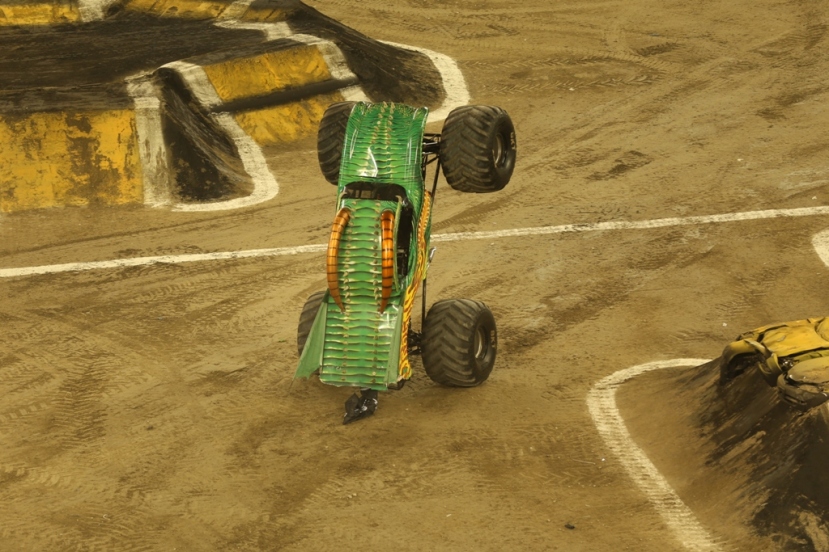 While jumping a 12,000 lbs truck through the air, doing a backflip, or performing a series of donuts is impressive, it’s something fans have grown used to seeing repeatedly.

In hoping to mix things up, a series of drivers began finding ways to do stunts by just putting the 12.5 feet high truck on two wheels. Oh, and we’re not just talking about doing a wheelie up on the back-end. Instead, the art of bicycles (riding on two side tires), stoppies (parking the truck on its nose), or moonwalks (moving the truck along on its nose) became a known art form.

Monster Jam wanted to honor the new tradition, and brought forth something for it – the two-wheel competition. The rules are simple. Each driver is allowed to come out and perform two tricks, with those being judged by the fans, ranging from 1 all the way up until 10. An average of those scores then becomes what the competitor is given, and the highest wins.

When Monster Jam took to the Rogers Centre earlier in January, the drivers certainly put on a show both days and didn’t disappoint when it came to these stunts. Not willing to totally forget what happened, here are 20 of my best photos from the pair of days.