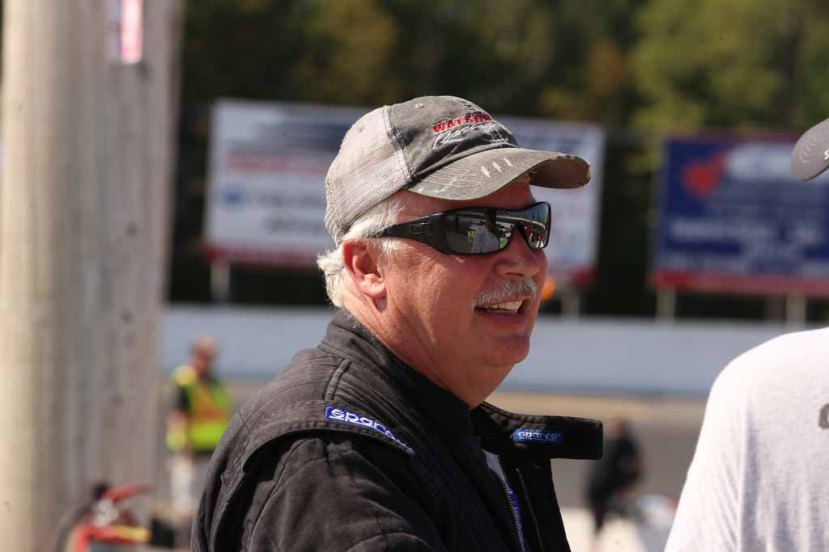 Constantly challenging for victories, and consistency across the board produced one of the best seasons of Glenn Watson’s career as he was able to take home a pair of championships at year end.

“I think it’s pretty special to be able to pull it off,” Watson told SHORT TRACK MUSINGS. “It took a lot of dedication from our whole team to put together a good car and run all the races; it was a long season.”

In OSCAAR Outlaw Super Late Model competition, Watson won five features and scored 10 top-fives, with his worst finish being seventh at Peterborough Speedway in August. On the flip side in the Fast Eddie Super Late Model Series at Sunset Speedway, he was victorious in a pair of features, including the year-end Velocity 250 event.

Outside of the championship competition, his speed was showcased at the two special events. At Flamboro Speedway’s Gold Rush, he placed fourth, along with a fifth at Jukasa Motor Speedway. 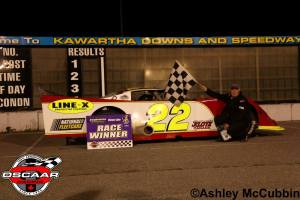 “I’d have to say the race at Jukasa was probably the most memorable,” Watson reflected. “For us to qualify as well as we did against all the competition that was there was a highlight. We qualified better than we raced, but to be up there running with a couple of top runners from south of the border as well as the best we have here, was pretty special.”

His success this year was a surprise to no one, as he now has a total of a Super Late Model Championships to his name, to go with the multiple previous race wins. Though racing has been part of the Watson family genes for years, as Glenn’s uncle Jerry Watson built Barrie Speedway.

“As a kid I was always around the race track,” Watson said. “My Dad started racing and when I was in my teens so I eventually started working on his car. Eventually that led to taking over the driving duties for a few years until the mid 80’s. Barrie Speedway re-opened with new owners in ’99 and partway through that season my Dad and I picked up an old Challenger car and had it out for the last few races of that season. The next season at Barrie we ran a full season, and have been doing so since.”

With a career spanning over several seasons, there’s been a lot of memories made, and Watson admits there is not one that stands out above the rest.

“We’ve won a few races along the way, some championships and had some pretty strong years so to pick one out I think is pretty tough,” he said. “My most memorable part of it all would be spending all that time with my family and friends. It’s a pretty good deal to have something to bring us all together throughout the summer.”

Watson will hope to add to the memory bank in 2018 as he will once again be behind the wheel of a super late model.

“I’m hoping OSCAAR and the promoters can work out a program that gets a good schedule, along with a payout that work,” Watson said. “I’m really hoping that if they can do that, the racers will put in the effort to get out and support all of the races. The supers have had a bit of a rough go for a few years so hopefully we can get things back on track.”