Segregating Female Racers? No, thank you! 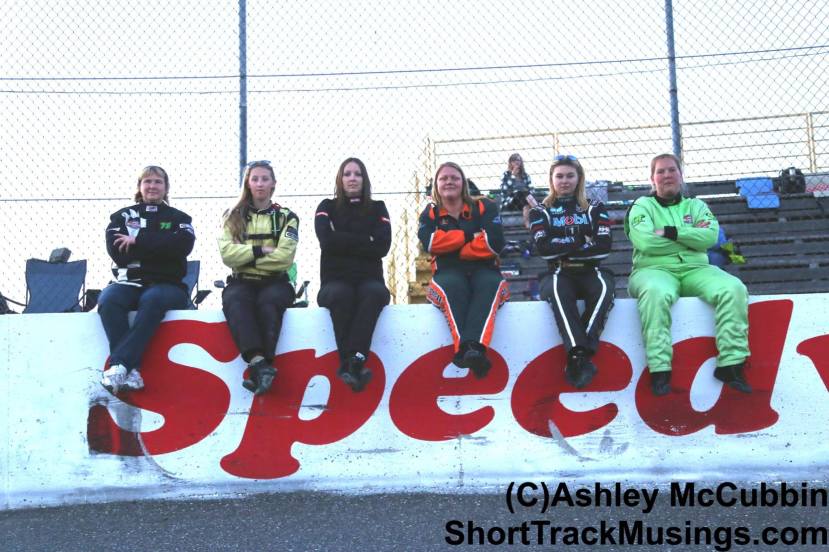 Growing up, I spent a lot of my time at the short tracks, virtue of being taken there by my grandparents and their love for racing. Let’s just say that it got me hooked immediately, and I’ve now been going for 21 years. Crazy to believe, sometimes.

The passion for racing is one thing that I cannot describe sometimes as to why I love it so much – whether the speed, side-by-side competition, bumping and banging, or just the family atmosphere of the pits. However, it also brought something different than any other sport I watched. It was a sport where females and males were allowed to compete against each other on equal footing. When I would mention to others outside of the racing community how much I loved cars, I would sometimes get the reaction, ‘Why?’ or ‘You should play with babies, rather than toy cars,’ and the best were those who just didn’t understand the love at all.

As a young girl, I had my favourite male racers that I cheered for. However, I have to admit – I looked to the females of my time, like Tara McLeod and Amanda Balson. I can remember being the little girl in the stands, around the age of six or seven, inspired by fellow ladies in seeing them win and beat the boys. It gave a sense of female empowerment that perhaps was lost at other spots.

Obviously, racing has stuck with me since then and translated into a favourite pass time full of writing and photo taking. Would I change anything? Absolutely not. There are still those who say that it’s ridiculous pass time, wonder how a girl can love racing so much, and there was even someone who didn’t agree with my opinion so he told me that ‘young girls didn’t belong at the race track, and I should stick to something else.’ By the way, I haven’t heard from that guy since then as he’s faded off into the world of keyboard warriors. I wonder what he’s doing now.

With my feelings aside, when I read Pippa Mann’s blog about the idea of a female-only based racing series and having them compete in second rate equipment, like her, my blood pressure was shot through the roof with anger rising. If you look at the professional level, you’ve had the likes of Johanna Long, Pippa herself, Sarah Fisher – and the original pioneer, Janet Gutherie, fight against the stereotypes and compete against equally. And now we’re just going to wipe that away? It’s sad, really. It’s honestly painful to think of a chance that the future generation of young girls won’t be able to be inspired in the same way that I was.

Fortunately, short track racing in Ontario doesn’t seem to have found this same type of problem as across the province, girls are racing in different divisions and winning. Flamboro Speedway has a couple Mini Stock and Pure Stock females, while Peterborough Speedway’s Renegrade Truck feature was won this past weekend by a female. Then there’s Sunset Speedway, which is still my home track. Eight female drivers across the six divisions is no laughing matter, and for those who don’t believe in female talent – that’s fine. Just know that these ladies are scoring great finishes each week, including some wins already this year.

One of the ladies that a lot of people have become familiar with quickly is Kendra Adams, as a result of her TV show on Rogers. Adams is in the midst of her Sauble Falls Tent and Trailer Park Limited Late Models Rookie campaign at Sunset Speedway, and has already been impressive with four top-10’s in 10 races.

“Honestly, in my opinion, I think this is silly in a sport where men and woman can actually compete 100% equally,” Adams told Short Track Musings. “It does have something to do with your physical abilities, but not like football or hockey does. Racing is definitely an equal playing field for men and woman, and to want to split that just because of gender is silly, and almost offensive. I think that is saying woman aren’t as good as men are, which is not true. Woman are just as good, if not better, just at racing than men are. I think that series is just setting back what all these woman have done in the past years to come forward and get the same opportunity, and be in the same position. They’re just taking that away, and totally diminishing what has taken so long to build.” 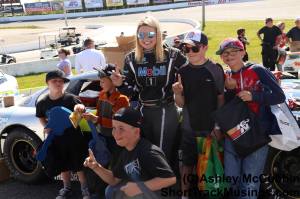 While the stereotype surrounding woman has always been there, Adams says the female aspect wasn’t something that she faced coming up through the ranks, but rather those questioning her due to how young she is.

“A lot of people have looked down on me more for my age than because of I am a girl,” the recent high school graduate said. “That’s what I found, and I think there’s a lot of people that look down on a lot of the other young drivers my age or even younger, because of age. A lot of the people that I race against that are my age are boys, and people still look down on them for their age.”

She did, however, add that there are some who believe she’s gotten opportunities as a result of being a female, but she doesn’t see that as the case. She believes her sponsorships have come together due to the ability to market herself well, through promotional events, charity work, and other aspects.

“I don’t have the same results on track as a lot of people do, but that’s not because I am a girl; it’s just because of where my skill level is,” she said. “The sponsors that do believe in me – it’s not based on the track performance, but what I can bring to them from a marketing perspective, which is why I’ll have that over a boy. I think I am a little more outgoing and to get sponsors because I am not on the top of the roster, I do need to have a separate area that I can make up for that. They want to sponsor winning cars, and they want to sponsor people that will give back to their business. So if I’m not winning, then I need to give something back and that’s where I pick up my extra ability for sponsors.”

Another female continuing to make waves at Sunset Speedway is Mini Stock competitor Randi Seguin, who has been solid throughout the year so far to place herself in the top-10 in the standings to date.

“I don’t like the idea of it,” Seguin told Short Track Musings of the series. “Being a female in a male driven sport, I’ve come a long way and fought a lot to get the respect from my fellow drivers. I feel a female driven only series is just going to set us all back. It’s going to say that we’re not as good as you guys or as good as you.”

Going back to when she started, she said the common comment was that “woman can’t drive,” which would result in them “treating you different (on track) because they know you’re a girl.” Seguin said since her beginnings in racing dating back to Barrie Speedway, she’s pushed hard and done “everything that I could to make them treat me as one of them.”