Eric Yorke: “This is Probably One of My Best Seasons, so far.” 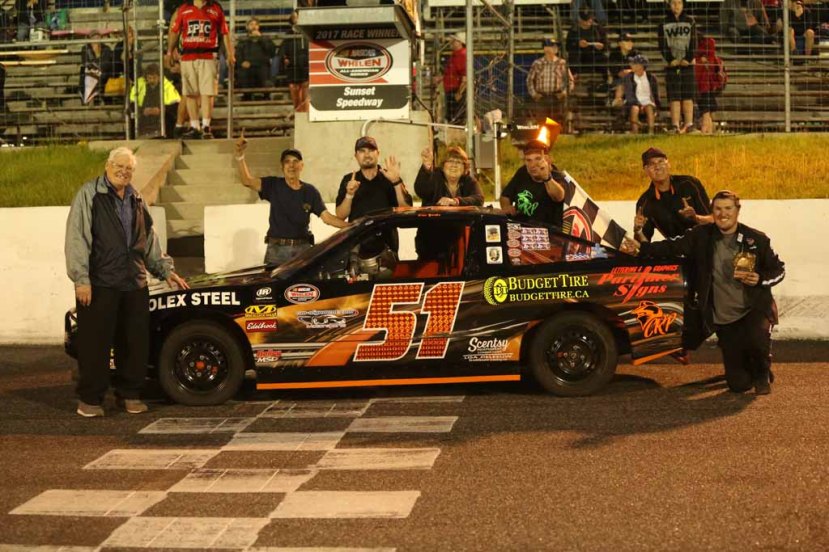 Since opening the season with a third-place finish on opening night, there’s been no stopping Eric Yorke ever since as he has been on a tear so far this year with no finishes outside of the top-five.

“I couldn’t be happier,” he told Short Track Musings. “Every other year, I start off horribly. It just seems that I can’t get the gear working right on opening night; I don’t know how many times that I’ve blown up engines, or missed opening night. So get off on a good foot and keep up the momentum ever since, it’s good. Hopefully we can keep it rolling. I don’t want to jinx it, but this is probably one of my best seasons so far.”

The previous two seasons, Yorke started off the year with at least one finish outside of the top-10 in the first four nights of competition. In 2015, he missed opening night and scored two finishes outside of the top-10 before visiting victory lane on the eighth night (July 25) of competition. Last season, he placed 11th on opening night before following it up with four top-fives over the next five features, including two victories.

The 2017 campaign has seven races in the books, with Yorke having picked up two feature victories, and a Spring Velocity win to go along with that as well. The impressive factor has been watching him come through the field each week behind the wheel of his No. 51 Can-Alignment Motorsports, Solex Steel, Partimer Signs, Skytec Rentals, Budget Tire, Scentsy Consultant – Lisa DeLeeuw, and Cabral Racing Promotions Nissan 240SX. Two weeks ago, he made his way from 18th to ninth in just two laps, prior to taking the lead on the eighth circuit.

“That was a little bit of luck, little bit of driver skill I guess,” he said. “There’s no lack of competition. Guys just keep stepping up, there’s tons of heavy hitters in this division. I mean, you could probably more than a dozen that could win every night and it’s constantly jocking for position and changing up. I think there’s tons of talent here, and it’s going to be a fight to the end of the year.”

Now currently holding a 17-point lead over Charlie Smith entering the next night of competition, Yorke says the key to staying up on top is being being smart, driving hard, and hopefully having luck on his side.