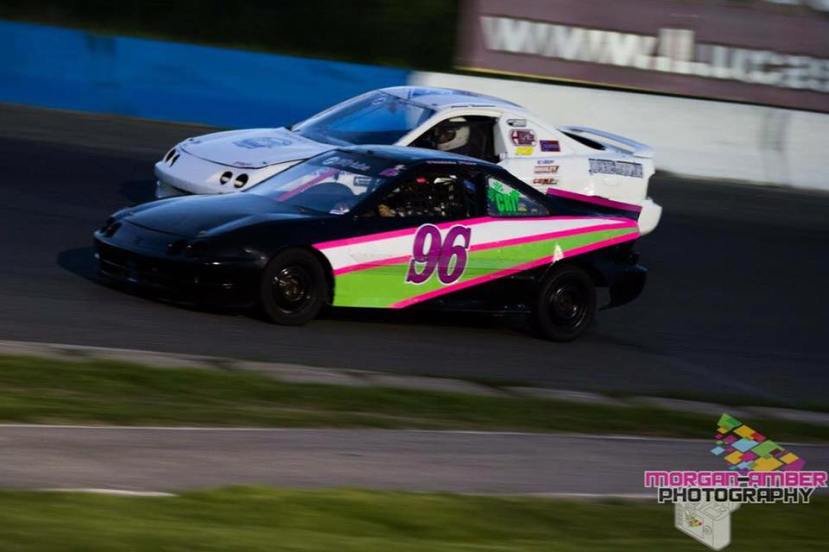 So far this year at Peterborough Speedway, things have been going quite well for Donovan Price as he currently enters this weekend sitting second in the points standings, 12 markers behind Noel Snow.

“My thoughts on the season so far is that I’m off to my best start so far with a stacked field of cars,” he said. “It’s great to see the track have 20 minis every night and a different winner each night; the 50 lapper was a great addition to the schedule as well.”

With four nights of competition in the books, he boasts the second best average at 4.25 following three straight top-fives and a seventh. He also leads all drivers in heat victories this season with five, boosting the fourth best average at 3.25.

“My year started off better then I expected and I want to continue the momentum that I have started,” he said. “My outlook on the rest of the season is to be consistent and keep out of trouble and try to finish the season on top. The season is very long and at any given time the tables can turn on you and all your hard work will be out the window.”

As Price previously noted, it’s not easy going at the patch this season with a whole slew of competitors that could win any given night, including four different feature winners to date.

“The competition at Pete this year is pretty good,” he said. “Lots of guys with fast cars again. Kevin Strutt is always fast and a hard competitor and if you want around him, be prepared to work for it. Kris Kahn is back with a few fast cars – one is driven by Noel Snow, as well as Neil Hanna. He has a fast crx that is a threat every night as well. We have some fast rookies as well; the racing it fast and close this year and been pretty clean.”

Now heading into Saturday, Price will look to add his name to the list of victors as the closest he has come to winning a feature this season is with a runner-up on the second night.

“It’s going to to take patience and hard work to park the 96 in victory lane,” he said. “I have been top qualifier twice so far this season but fallen just short of the feature win a few times. I hope to park it sooner then later but right now I’m having a blast.”